Home/
News/
Judged by her service to others

Judged by her service to others 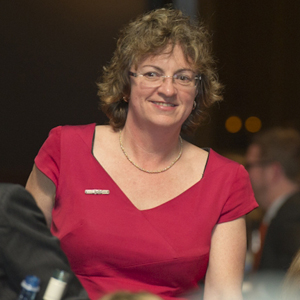 A pro bono veteran was praised by an eminent judge at this year’s Lawyers Weekly Women in Law Awards.

A pro bono veteran was praised by an eminent judge at this year’s Lawyers Weekly Women in Law Awards.

Patricia Matthews (pictured) from King & Wood Mallesons was named the winner of the Negocio Resolutions Pro Bono Award at a ceremony in Melbourne on Friday night (18 October).

The senior associate has been contributing to the Homeless Persons’ Legal Clinic (HPLC) since she started at the firm as an articled clerk more than 10 years ago.

Matthews’ long, sustained commitment to providing outreach services to homeless people and those at risk of homelessness won the admiration of the category’s judge, Justice Marcia Neave AO of the Supreme Court of Victoria’s Appeals Division.

“I am deeply impressed by Patricia’s long commitment to a group of clients who are often challenging to work with because of their multiple problems,” said Justice Neave, who also applauded Matthews’ contribution to mentoring young lawyers, many of whom are women.

In accepting the award, Matthews described the win as “an absolute thrill”.

She thanked the firm for its support of her pro bono aspirations and paid tribute to former KWM special counsel Sean Selleck, who joined Baker & McKenzie’s partnership earlier this year, for sponsoring her involvement in the HPLC for a number of years.

In addition to supervising the HPLC in Footscray, Matthews also coordinated the firm’s involvement in the Footscray Community Legal Centre’s African Legal Service.

Outside work, she has donated hundreds of pro bono hours to the Scout movement as leader of the parental advisory group.

Mentoring female lawyers is enormously satisfying, said Matthews in her acceptance speech, adding that she counts herself lucky that she can be a mentor and provide pro bono as part of her “day job”.

A long-term participant in KWM’s formal mentoring program, Matthews has been praised by the firm’s managing partner (people and talent), Caroline Coops, for her “passionate commitment and dedication to the education and development of our junior lawyers.”

Judged by her service to others