Home>
NEWS>
KWM says merger is a marriage of equals

KWM says merger is a marriage of equals 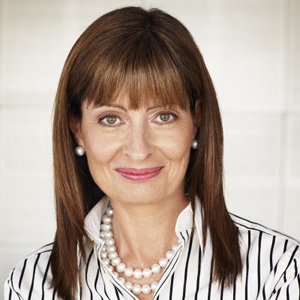 The Australia head of King & Wood Mallesons told Lawyers Weekly that the firm did not settle for second best in its union with SJ Berwin, which went live today (1 November).

The Australia head of King & Wood Mallesons told Lawyers Weekly that the firm did not settle for second best in its union with SJ Berwin, which went live today (1 November).

On the eve of the merger launch, Sue Kench (pictured), the firm’s Australia managing partner, said KWM “did not marry down at all” by partnering with the Silver Circle firm.

“[SJ Berwin] is the right size for us ... it is bringing equally-balanced firms into the network without one gobbling the other up.”

Despite the ‘gobbling up’ of the SJ Berwin name, with the UK firm now operating under the KWM brand and it’s Swiss Verein structure, Kench maintained that SJ Berwin is a “more appropriate partner” than Clifford Chance or Linklaters, two Magic Circle firms that had previously been in merger talks with KWM.

SJ Berwin is ranked well below other Silver Circle firms, including Ashurst and Herbert Smith, in terms of revenue, which nudged above £184 million this financial year. Meanwhile, Clifford Chance and Linklaters average around £1.2 billion in revenue per annum.

The merger between KWM and SJ Berwin will push the enlarged firm’s annual revenue to more than $1 billion, of which around 70 per cent is generated by the Asia-Pacific region.

Kench claimed that since the merger was announced in July there has been “exponential energy across the firm with [local] partners engaging directly with the partners in Europe”.

Some KWM partners, however, defected to other firms after learning that the merger was going ahead.

These high-profile exits followed the sudden resignation of KWM’s former Australia head, Tony O’Malley, in May, which occurred within weeks of reported redundancies across multiple practice groups in the firm.

Kench stressed that the departures do not reflect partner unrest over the merger with SJ Berwin, claiming the Australian practice was “simply refining itself”.

She added that the local partnership will continue to reshape itself by adding, rather than reducing, partner numbers.

“There will be more partner opportunities ... as we expand out in the network,” said Kench, pointing out that KWM recently nabbed tax partner Michael Perez from Allens.

As of today, the merged firm has more than 550 partners, 2700 lawyers and 30 locations around the world.

KWM says merger is a marriage of equals