Home/
News/
Travel emissions come back down to earth

Travel emissions come back down to earth 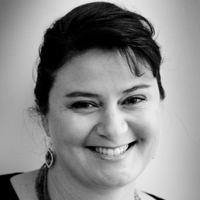 Law firms have reduced the number of flights they are taking since last year’s merger mania, but air travel is still the second-biggest source of carbon emissions, a report has found.

The report found that, of the 26 firms that reported this year and last year, carbon emissions for business travel reduced by 12 per cent, but flights still accounted for 37 per cent of reporting firms’ total carbon emissions.

“I was pleased to see that travel emissions are levelling,” said Emily Wilson (pictured), AusLSA’s general manager. “There have been increases in travel emissions in the last year or so, particularly associated with global mergers, so in the last year that increase has levelled ... and given there are still a few global mergers happening, [that] was a little bit surprising.”

In the cases of Herbert Smith Freehills and Norton Rose Fulbright, both of which went through recent mergers, their emissions from flights made up more than half their total emissions.

This year, 31 of its 45 member firms reported to the AusLSA, with 27 of those firms choosing to go public with their reports; among those were nine of the 10 largest firms in Australia, with major players King & Wood Mallesons, HSF and Ashurst reporting publicly for the first time.

Electricity is the biggest source of emissions, making up almost two thirds of total emissions, though firms that reported this year and last year did see an average drop in emissions from electricity of seven per cent.

Wilson said that it’s clear that the firms making the greatest strides in this area are those that have committed more resources to sustainability.

“It’s those firms that are progressing faster. Clayton Utz has done very well, it’s reduced its electricity emissions by 20 per cent since 2010. Maddocks is also doing very well, it’s had really good consistent reductions; since it started reporting all of its metrics are down 20 to 25 per cent ... both of those firms have a committee or person driving the agenda.”

One firm that keeps sustainability firmly on its agenda is Henry Davis York, which was one of AusLSA’s founding firms in 2010.

HDY’s COO, and chair of AusLSA, Kelvin O’Connor, said the firm’s results this year were almost a “carbon copy” of last year’s results, something he is pleased about.

“After being at this for several years you kind of reach a plateau and a good benchmark of where you should be performing  and we’ve reached that level, so I think we’d be happy if [we continued at this level],” O’Connor told Lawyers Weekly.

HDY first undertook sustainability reporting in 2008, and O’Connor stressed that results in this area can’t be achieved overnight: “It’s not the sort of thing you can achieve in one year; it’s a number of systems that work together to achieve a result over a period of time.”

Unsurprisingly, emissions from flights are higher in international firms, but paper consumption is higher in smaller firms, with Wilson saying she was surprised paper usage among firms in general hadn’t reduced further.

“Given our increasing move towards mobile technologies and the fact that it is now obvious that there is very little need to use paper from a compliance perspective etc ... [it is surprising] that there hasn’t been a higher take up of using less paper,” she said.

However, O’Connor was less surprised, saying he thinks the ‘paperless office’ is “a bit of a myth”, but adding that HDY and other firms have made significant reductions in usage in recent years.

Wilson admitted that, with the new Federal Government, it does feel like environmental issues have been “deprioritised”, but both Wilson and O’Connor were keen to point out that encouraging sustainability makes business sense for firms.

“There is just no good reason not to reduce the energy you derive from burning coal, or the paper you consume, so it makes good business sense to do this stuff, irrespective of what happens in the public space,” said O’Connor.

While AusLSA does encourage firms to go public with their results, O’Connor and Wilson both said that it was a decision for the individual firms, though O’Connor was keen to point out that there is no such thing as a “bad result”.

“It’s just a line in the sand to start working from.”

Travel emissions come back down to earth