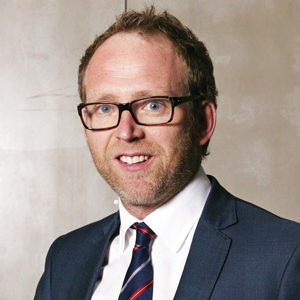 The head of Melbourne outfit Hall & Wilcox has told Lawyers Weekly the firm’s acquisition of Duncan Cotterill’s Sydney practice was the deal he had been waiting for.

The head of Melbourne outfit Hall & Wilcox has told Lawyers Weekly the firm’s acquisition of Duncan Cotterill’s Sydney practice was the deal he had been waiting for.

Macvean said the firm had been keen to expand nationally for some time via a merger or acquisition but could not find a “strategic fit”. That is, until talks began with the Sydney office of Kiwi firm Duncan Cotterill.

Last month (19 December) Hall & Wilcox announced it had acquired Duncan Cotterill’s primarily employment law practice based in Sydney, which included partners Ken Brotherson, Aaron Dearden and Kerryn Tredwell and a team of lawyers and support staff. The practice is expected to start operating under the Hall & Wilcox name on 3 February.

The Sydney office will focus on corporate, employment, insurance and financial services work. Macvean said Hall & Wilcox was not trying to replicate the Melbourne office, a full-service firm that currently has 38 partners and more than 220 employees. The firm would, however, boost numbers in Sydney through lateral hires and possibly the relocation of Melbourne staff.

Macvean maintained that these measures did not mean the firm was shifting its focus or trying to offset a flat legal market in Melbourne. There was plenty of work for a firm the size of Hall & Wilcox in both Sydney and Melbourne, he said, as newly-merged globals rationalise their practices and concentrate their efforts on big ticket international work.

Hall & Wilcox would remain domestically-focused for now, continued Macvean, who denied the firm was motivated to open a Sydney office to make it more attractive to international suitors. Offices in other Australian cities, on the other hand, are a possibility if another opportunity such as the Duncan Cotterill acquisition comes along.

“Our strategy is very much domestically focused,” he added.