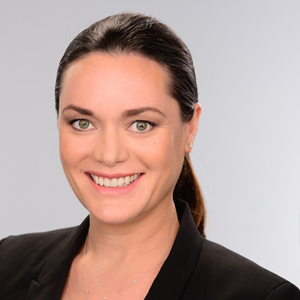 A former senior associate at Henry Davis York has launched a boutique firm that will only offer fixed fees.

“A lot of my clients at Henry Davis York were using external organisations for workplace investigations work, and that work was very inconsistent in relation to the quality of the reports and findings,” said Nicita, who added that such reports would then be forwarded to her to sort out.

“There was a lot of frustration from clients that wanted to access quality workplace investigations that would be performed at the level of quality they would expect from Henry Davis York, but at a price closer to competition from non-legal providers.”

Nicita saw an opportunity to offer such a combined service, and by using a fixed fee structure she will be able to charge clients less than what her charge-out rates were at HDY.

“This is what clients want [fixed fees] and is a sensible way of working,” she said, noting that having “certainty of spend” is something that is being increasingly demanded by general counsels. “There have been times when I have worked in-house and not used timesheets and I have absolutely adored that.”

Nicita said that acting for employers on bullying and harassment claims were the main areas she would be targeting, but that charging fixed fees at a lower cost than her charge-out rates at HDY would open the door to individual case work.

“My rates at HDY were prohibitive for the majority of individuals, and I am much more accessible now due to my lower rates.”

Nicita is running a sole practice at the moment, but she is looking to add more lawyers in the long-term.

She was at HDY for five years.

More time with the kids

She said that by having her own practice she would have more flexibility as to how she could structure her working day.

“The ability to make time for them and the things we want to do, such as going to school concerts and going to mothers’ morning teas, is a lot easier for me to manage when I am in charge and how I work than under the structure of HDY,” said Nicita, who adds that she enjoyed working at HDY, but by going out on her own she will have more control over her day than at any large law firm.

Like Nicita, Gilligan and Davidson were motivated to start their own practice by having the opportunity to work more flexibly. Hive has also binned the billable hour.

“We want to move towards value pricing, which will reward efficiency and outcomes rather than how long it takes to do something,” said Gilligan.