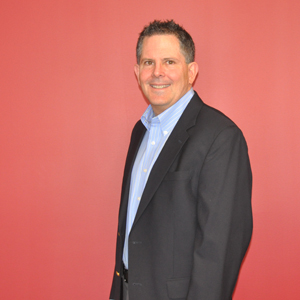 A global legal technology expert has told Lawyers Weekly that law firms that are cost-cutting rather than making strategic investments have their heads in the sand.

A global legal technology expert has told Lawyers Weekly that law firms that are cost-cutting rather than making strategic investments have their heads in the sand.

Mike Barry (pictured), one of five executives and the senior vice president of research and development with Aderant, the world’s largest legal software provider, was speaking to Lawyers Weekly on global technical and competitive trends in the legal profession.

Barry bemoaned the recent trend of laying off lawyers and reining in costs as firms struggle to deal with dips in transaction work.

“The first thing firms do is they fire staff because they want to keep profit per partner,” said Barry. “As soon as they fire staff they have to look at ways to automate stuff, look at workflow solutions, with CFOs and people in finance having to look at data they have never had to look at before,” he added, saying time leakage is “now a sin”.

He added that firms that had not looked to provide alternatives to the billable hour and had not invested in mobile technologies and practice management solutions were more likely to be hit harder by market and competitive shocks.

“You can either stick your head in the sand and pretend it is not happening, and it is surprising how many firms are doing that, or find out ways to use them (technology and AFAs) to place yourself as a strategic innovator.”

“All of those firms will have to manage costs in their own ways, but salary freezes are a clunky way to do that,” he said. “There are more important organisational decisions that have to be made about premises or internal structures which drive more costs than salary freezes.”

Barry said many law firms with a portfolio of clients across multiple jurisdictions had looked to grow and keep key clients either by entering into mergers with other firms or investing in business development.

He believes the latter option has thrown up many issues for firms across the globe, as he noted that law firms are “risk averse, slow changing organisations”.

“When looking at their top line (sales and revenue), they say ‘OK, we have optimised all we can (after cost cutting and practice group analysis) and we can’t raise rates anymore, so what else can we do?

“To grow your business they can either invest in customer relationship management and marketing, or enter into mergers.”

“Mergers were really the only way to respond and grow for some firms in UK, and Australia was an attractive market because of the availability of energy and resources work,” he said. He added that greater cultural similarities between the UK and Australian legal markets, as opposed to the domestic and American markets, had been mitigating factors in the lack of large ‘white-shoe’ US firms in Australia when compared to Magic Circle firms.

Aderant works with a number of clients in Australia and New Zealand, including Allens, Chapman Tripp and Corrs Chambers Westgarth. One of the areas in which Corrs uses Aderant is to manage possible conflicts.