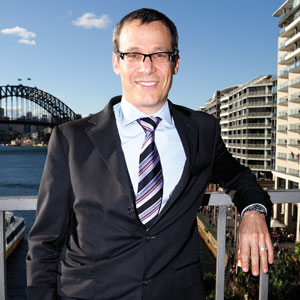 Grant Fuzi has told Lawyers Weekly that he will be standing down as Allen & Overy’s domestic head at Christmas.

Grant Fuzi has told Lawyers Weekly that he will be standing down as Allen & Overy’s domestic head at Christmas.

“I can say with actual sincerity that I truly don’t know where I will be in 12 months’ time,” he said.

Fuzi and Clayton Utz settled legal action in 2010 relating to his departure from the Australian firm.

Fuzi said that this time around his next career move would be “100 per cent outside of the law”.

Fuzi formally announced his decision to retire from the firm on Wednesday evening (11 June). He will remain as the firm’s Australian senior partner, which is effectively the domestic head, until at least Christmas, and said he would leave the firm’s partnership shortly after.

Fuzi said telling the firm’s partnership was the “most emotional thing I have ever done in my career” and he said he was not pressured to stand down.

“This couldn’t be more my decision.”

“He will be leaving with our very best wishes and our gratitude for all he has achieved.”

Over the course of Fuzi’s tenure, A&O has grown significantly in Australia, with its Sydney office now being one of the firm’s largest in the Asia-Pacific.

A&O now has over 200 staff in Australia.

The firm’s Australian partners will elect a successor to Fuzi, who refused to anoint a successor when asked who his preferred replacement would be.

In April, Lawyers Weekly exclusively revealed that Sharon Cook would be leaving as the head of Henry Davis York at the end of 2014.