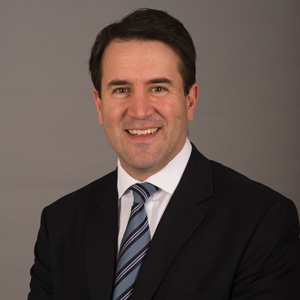 The six finalists in The Dealmaker Award are intrinsically linked to their firm’s fortunes.

Garry Besson is one of three former winners of The Dealmaker Award who is a finalist in 2014. Garry took out the prize when he was a senior partner at Gilbert + Tobin in 2011. While he has changed teams and is now part of Ashurst’s M&A practice, the transactions have continued to flow his way.

In the past 12 months the legal veteran has been the lead Ashurst partner on a number of the most complex and important deals in the market, including the merger of the listed Westfield Retail Group with the Australian and New Zealand business of the Westfield Group.

Mergermarket has listed that transaction as the largest announced deal in Australia in 2013.

Tony Damian (pictured top) well knows the expertise of two of the five contenders standing between him and the Dealmaker Award.

Tony is one of three finalists from Herbert Smith Freehills for this Award, with Rebecca Maslen-Stannage and Michael Ziegalaar also vying for the trophy from the firm.

Tony has had a stellar year, with the last 12 months seeing him act for Goodman Fielder on a $1.4 billion takeover and also advising Roc Oil on its proposed $900 million merger with Horizon Oil.

While those transactions have been meritorious, it was his involvement leading the HSF team on the Commonwealth Bank of Australia’s $20 billion exit from its property funds and asset management business that he looks back on most fondly.

“That is a career highlight, it is right up there in that top echelon of deals you remember,” he said, while also paying tribute to the work of the M&A team at HSF.

“It is always nice to be nominated for these individual awards, but I suspect it is also true of the other nominees as well, that a lot of the success is on the back of a team effort.”

Nick Humphrey (pictured below left) has turned the corporate group at Sparke Helmore around. He has built an eight partner team that that has added clients the calibre of AMP Capital, Macquarie Capital and CHAMP Ventures. Nick has been a long-time champion of innovation, helping to win clients by ensuring the overwhelming majority of the firm’s corporate work is conducted utilising alternate fee structures. His establishment of the Australian Growth Company Awards in 2012 have also helped to forge strong relationships with blue-chip organisations such as Westpac and Deloitte.

K&L Gates’ John Mann is one of Melbourne’s leading private equity lawyers and leads the firm’s M&A and private equity team in Australia. As a senior partner at the firm, one of the most important deals he recently acted on was finalising the tie-up between Australian legacy firm Middletons and K&L Gates in 2013. “His ability to take critical structural and commercial requirements, understand the issue and the clients motivations, and then represent that in the legal negotiation and documentation process was fantastic,” said one client.

The only female contender for the Dealmaker Award is Rebecca Maslen-Stannage. Rebecca is currently leading the HSF team advising David Jones on the proposed takeover of the retail brand by the South African-based retail group Woolworths.

Other deal highlights for Rebecca include acting for Wesfarmers on its $1.845 billion sale of its insurance underwriting business to IAG.

Rebecca, the 2012 Lawyers Weekly Dealmaker Award winner, led the HSF team on the successful completion of the Wesfarmers deal, which needed approvals from regulatory bodies in Australia and New Zealand.

The last of the HSF trio of finalists is Michael Ziegelaar. Michael is the head of the corporate group in Melbourne and the co-head of the firm’s Equity Capital Markets Practice.

Michael’s highlights reel includes acting for the Pact Group on its $650 million IPO and restructure and advising Japara Healthcare Limited on its $525 million IPO.

Michael’s expertise on the latter deal impressed Japara so much he was invited to sit on the company’s board, which he had to decline due to work commitments.

“You and your team did a superb job in supporting us through the IPO process and it would not have been the success it was without your commitment and assistance,” said John McKenna, CFO at Japara Healthcare.