Home>
NEWS>
We are all in this together

We are all in this together 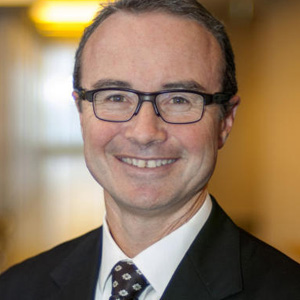 The six deal teams nominated for The Transaction Team Award have all highlighted the power of collective action.

Herbert Smith Freehills’ M&A team is one of the best in the business. In the past 12 months HSF has acted on a series of ground-breaking transactions. Deal highlights include acting for the Commonwealth Bank on its exit from its property management and asset management business and advising the Australian Infrastructure Fund on the sale of $2 billion worth of assets to the Future Fund. The latter sale was noted for its uniqueness in that it involved the sale of a portfolio of underlying interests rather than a takeover by the acquirer.

The M&A team at one of HSF’s erstwhile rivals, King & Wood Mallesons, led by Tim Bednall, is also shortlisted for this prestigious team award. The KWM team acted for the consortium on its successful $7 billion bid for Queensland Motorways, which was the largest infrastructure deal in Australian history. KWM also acted as lead counsel to Brambles on the demerger of its global storage document division, Recall Holdings. The complexities of this matter were immense, with KWM coordinating law firms in 27 offshore jurisdictions.

Norton Rose Fulbright nominated its team advising Baytex on that company’s acquisition of Aurora Oil & Gas. The firm’s Perth, Sydney and Houston offices were all involved on a deal which was the largest in Baytex’s 20-year history. A key challenge facing the team was how multi-jurisdictional acquisition structuring needed to be undertaken within the public launch timetable.

Client feedback was that the “transformational transaction” was a significant undertaking that required long hours to meet the deadline. Perth-based M&A partner Jeremy Wickens led the team to get the deal done.

Minter Ellison nominated its team on the restructure and refinancing of the Port of Newcastle. Appointed by the then NSW treasurer Mike Baird in August 2013 (with Baird now the Premier of NSW), Minters had put to bed this $1.75 billion transaction in April this year. “This was a momentous result that exceeds all expectations,” said Baird on the transaction’s completion.

Minters’ high-powered team on this deal included Andrew Rentoul, the firm’s infrastructure group head; Costas Condoleon, Minters’ head of M&A in Sydney; Virginia Briggs (pictured below left), the head of the firm’s Sydney real estate practice, and Mark Standen, the financial services group head. Minters had previously acted for the NSW Government on the refinancing and restructure of Port Botany and Port Kembla.

Ashurst’s team on this transaction is being led by Dealmaker finalist Garry Besson and Sydney-based corporate partner Carl Della-Bosca.

The second King & Wood Mallesons team to be shortlisted for this Award includes the banking and finance lawyers that acted for the Australian Securities Exchange on the establishment of the Australian Clearing House for Over the Counter (OTC) derivatives.

“As a financial markets lawyer there is not much that I do that is visible. I don’t get to get to work on building bridges or building ports or some of those sorts of things,” said Scott Farrell (pictured top right), the firm’s lead partner on the transaction. “This was something where I was creating financial market infrastructure with our client and this was important to the Australian economy, and will outlast me.

“I knew when I was working on it this was some of the best work I would do in my career,” said Scott, who added it was “much more than a transaction”.

It was certainly a big deal.

The KWM team helped to build a clearing house structure which included the creation of the documentation which contains it and negotiated legislative changes to support it.

We are all in this together