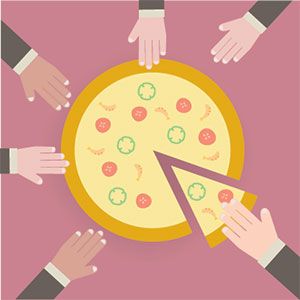 A legal consultant has slammed traditional partner remuneration systems and urged reform in this area.

Peter Ross, a former partner turned consultant, described the mechanisms for calculating partner remuneration at law firms as “stupid” at a conference hosted by software company Aderant this week (24 July).

He warned, however, that changing old habits would not be an easy to sell to partners.

“Lawyers, in a financial sense, are very simple people,” he said, wryly.

To underline his point, Ross quoted a CFO from a large law firm who refused to consider a new remuneration system. The CFO said:  “You’re 100 per cent right and we’re 100 per cent not going to do it”.

Ross argued that established practises at law firms, such as remunerating partners equally or dividing profits on the basis of one or two simple metrics, do not reflect a partner’s true performance.

Ross added that there is a way of dividing profits to reward these attributes.

However, as one of the audience members pointed out, partners do not take kindly to money being taken out of their pockets, regardless of the reason. Redistributing funds based on performance measures could be a cause for considerable animosity among partners.

This is why a robust justification for new measurements is needed, said Ross; if measurements of performance are recognised as fair and thorough by members of the firm, then linking them to remuneration will become more widely accepted.

Ross highlighted three ingredients needed to convince partners to adopt a new model: good communication; the use of visual displays in explaining new remuneration models, and boiling down all the metrics into one raw number for simplicity.

Demonstrating his acute awareness of the lawyer mindset, Ross cautioned that any new measurements of performance would need to be watertight as “lawyers are trained to look for weaknesses in models and exploit them”.

Data for measuring performance is already available, according to Ross. It is up to firms to harness this information to calculate remuneration.

Ross also spoke at some length on the importance of rewarding good marketing strategies in law firms.

He said that firms already know marketing skills and technical finesse do not always appear in the same lawyer. This, he joked, might explain why firms stop their best salesman from diving into the detail and avoid allowing exceptional but antisocial technicians loose at cocktail parties.

However, this separation of talent is not currently represented in payment models, he added.