Home/
News/
How the new ATO guidelines will affect your firm

How the new ATO guidelines will affect your firm 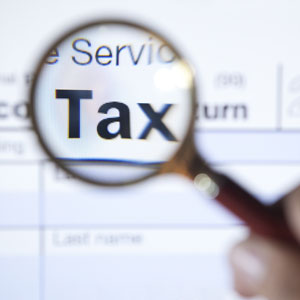 The Australian Tax Office has decided to keep a closer eye on the way law firms distribute profits in deciding which firms to audit.

The Australian Tax Office (ATO) has decided to keep a closer eye on the way law firms distribute profits in deciding which firms to audit.

Lawyers Weekly spoke with Steve Westaway (pictured), a professional services partner at accounting and advisory firm Grant Thornton Australia, for some clarification on how the changes will affect the legal profession.

“I think the critical thing that will come out of this is that legal practices will just have to review their profit distribution methods and their partners’ tax profiles to reassess any risks,” he said.

Westaway said the new guidelines will give law firms three ways of putting themselves at a low risk of becoming the subject of a tax compliance review.

Firstly, “[The ATO] will treat professional practices or individual, key principal partners, as low risk if they receive either an income, no matter how it’s got, equal to an equivalent person in their employ.”

Essentially, the ATO will use other employees’ incomes as a benchmark for how much individual professional practitioners (IPP) should be earning.

The second option is making sure that 50 per cent or more of the yearly income which the IPP and their associated entities are collectively entitled is assessable in the hands of the IPP.

“To give you an example, if it was a legal firm of three partners sharing profits equally, they’d expect one-sixth of the income to go to the partner,” said Westaway.

The third ‘out’, according to Westaway, is ensuring that the “average rate of tax payable by the partner or the principal practitioner and his related entities is at least 30 cents in the dollar”.

If a firm does not fall within this framework then it puts itself at a higher risk of being selected for audit, said Westaway.

Partnership: A matter of trust(s)

He explained that the ATO was acting in response to concerns that some law firms were avoiding their tax obligations by restructuring and converting from a partnership of individuals to a partnership of discretionary trusts.

Essentially, the ATO will use these new guidelines to determine which firms are acting suspiciously in order to hone in on non-compliers.

However, there is some doubt within the profession that these new rules are entirely appropriate and they may put some firms at higher risk than others.

“It will probably impact the smaller firms,” said Westaway. “Generally… the larger firms have a higher level of income such that the average rate in the dollar will be met. The smaller firms may not and they may not have the same governance issues around them as some larger firms do.”

He added that firms need to be extra careful as the new guidelines will mean that the behaviour of one partner may impact on the rest of the partners in that practice.

“If one partner has a high tax profile from the point of view of aggressive behaviour that may result in the practice actually being reviewed. So there may be some need for practices to review their governance structure around tax compliance by the individual partners.”

Westaway urged firms to be clear about the commercial benefits sought in undertaking any restructures and to document the process well, as this may help reduce the risk of a compliance review.

He also said restructuring firms should address the capital gains tax issues on the sale or closing down of an old practice and the commencing of the new one.

Firms may be uneasy about the ATO’s new blanket rules, but most firms are choosing to comply with the guidelines instead of challenging them in court, said Westaway.

“My experience has been that a lot of legal firms have looked at the cost of the litigation… and have simply taken a commercial approach that says ‘we will comply with the guidelines’ as opposed to having to take the Commissioner on.”

How the new ATO guidelines will affect your firm