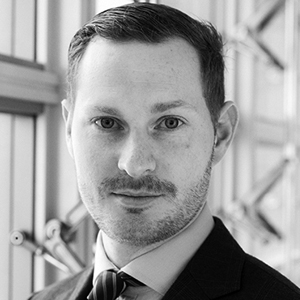 Three new boutique firms started by large-law lawyers have been lauded as disruptors at a major industry conference.

A highlight of  the Janders Dean Knowledge and Innovation Conference in Sydney late last week was the session titled The Disruptors – New World Challenges & Opportunities in Knowledge.

Moderated by Lawyers Weekly editor Justin Whealing, the panel included Law Path legal manager Dominic Woolrych, who said that other professional services organisations had shown that disruption need not have a dirty name.

“It is certainly true that disruptors have a bad name within the legal industry,” said Woolrych (pictured top right), who spent nearly three years at Minter Ellison before joining Law Path last year. “We have seen through a number of industries previously, the accountancy industry in particular and the consulting industry, that the disruptors have come through and they are now hailed as the heroes of the industry.”

Christiansen’s central thesis of “disruptive innovation” is that a product or service takes root initially in simple applications at the bottom of a market and then relentlessly moves up and usurps established competitors.

The other members of the panel were Simon Davidson, one of the founders of Hive Legal, and Warren Kalinko, the CEO of Keypoint Law.

Davidson (pictured bottom left), who was previously a special counsel at Minters and a partner at DLA Piper, made the point that it is easier to shake things up as a small start-up, rather than being able to affect meaningful change from inside the big firm machine.

“In our case it was clear if we wanted to do what we wanted to do we needed to start from scratch,” said Davidson (pictured bottom left) about his firm, which has ditched timesheets and encourages flexible work arrangements.

“We always look at opportunities, and to do that you need to be agile and, frankly, titanics are not agile.”

Not giving youth its head

While Law Path operates a virtual portal where clients and lawyers can connect and engage in legal services, mainly with regard to commoditised work, Keypoint and Hive target commercial work and recruit experienced lawyers at the senior associate level or above.

For both firms, giving clients access to senior lawyers is a key part of their strategy.

Kalinko disagreed with Lawyers Weekly’s contention that a recruitment strategy that exclusively targets senior lawyers could stymie the adoption of innovative ideas in the future.

“We focus on senior lawyers and the expertise that they carry; our model is no leverage,” said Kalinko. “They just want to go to the person that has the knowledge and to have an efficient and cost-effective service delivered.”

Hive’s Davidson said the issue of junior lawyers was “vexed”.

Kalinko added that when he was the head of legal at OneSteel, he and senior members of the corporation were frustrated by seeing invoices where three-to-six-year lawyers were being charged out at $500 per hour.