Home/
News/
Female trailblazers shy away from the spotlight

Female trailblazers shy away from the spotlight 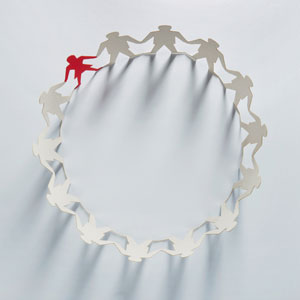 A respected legal academic who is documenting the history of women in the law has claimed pioneering female lawyers underrate their achievements.

The director of the Centre for International and Public Law and ANU public policy fellow, Professor Kim Rubenstein (pictured below), will give a talk at the Australian Women Lawyers National Conference (3-5 October) on the Trailblazing Women in the Law Project, for which she was the chief investigator.

The pilot project, which was launched in 2010, involved 10 to 15 hour-long interviews with six female lawyers of various ages from a diverse range of geographic areas, ethnicities and socio-economic backgrounds, and areas of law.

“I feel entirely privileged to be able to sit down with these women who have been significant individuals in our society, and to really hear firsthand their experiences.

“Some of them are quite raw and painful, but all are inspiring in terms of what they have managed to do with their careers,” she said.

The project has nominated over 200 trailblazers and has received funding for interviews with 45 of these women.

Rubenstein said that it was immensely valuable and important for Australia’s national history and national consciousness to hear these women tell their stories.

“It really is the first publicly-accessible national oral history of what is now seven decades of Australia’s pioneering trailblazers,” she said.

She interviewed women lawyers who were the first of their gender to take on significant public roles.

These included: The Hon. Justice Jane Mathews, the first female judge on the Supreme Court of NSW; Megan Davis, the first indigenous Australian woman to be appointed to a permanent UN body, and Mary Hiscock, the first full-time female academic at the University of Melbourne.

Despite their achievements, the women pioneers were surprisingly modest, said Rubenstein.

“I think one of the themes [throughout the interview process] would be the reluctance of women to see themselves as trailblazers and acknowledge their importance.”

The wealth of information generated through this project will lend itself to “rich and broad” research, according to Rubenstein.

“In this project, I’m looking at the material specifically from the perspective of active citizenship,” Rubenstein said.

PhD student Louise Baker from the University of Melbourne will study the interviews under the discipline of digital humanities, compiling data into an online historical management system.

The project will also allow investigation into how gender intersects with other factors, such as geographic location, age and socio-economic and ethnic background, to shape women lawyers’ experiences.

“Early women lawyers [had] different types of battles than those from the current generation. [We are] indebted to some of those early women lawyers who had to really break into areas where there were no women,” said Rubenstein.

She added that the conference talk is, in one sense, an opportunity to thank these women for the steps they have taken to ensure that women are able to contribute equally to the public sphere through their legal skills.

The Australian Women Lawyers National Conference in Adelaide from 3 to 5 October.

Female trailblazers shy away from the spotlight