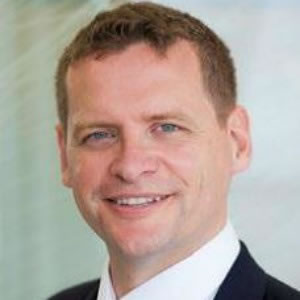 A team of Gilbert + Tobin lawyers together with a Sydney barrister have helped save Al Jazeera journalist Peter Greste from a seven-year jail sentence in Egypt.

After 400 days in prison, Greste walked free on February 2 and has returned home to Brisbane today.

G+T partner Chris Flynn (pictured), who led the team of lawyers, told Lawyers Weekly, “We are absolutely delighted that Peter is out and justice has been done. We were very pleased and very privileged to help secure [his] release.

“We are very hopeful and looking forward to the release of his colleagues, [Mohamed Fahmy and Baher Mohamed].”

Flynn said the case was important, firstly, because “a great injustice obviously was done to Peter” and, secondly, because “the work that journalists like Peter do is very important to the democratic process in ensuring transparency”.

G+T has previously taken on high-profile cases on a pro bono basis, acting for David Hicks in his legal battle against the Commonwealth.

“We have a long history of doing this sort of work in different parts of the world for people who are incarcerated or wrongly incarcerated for lots of reasons.

Greste had not been in the country long when Egyptian police arrested him for being part of a conspiracy to assist the Muslim Brotherhood in December 2013.

Greste was found guilty based on evidence that he had in his possession, namely video footage, but his lawyers have said there was absolutely no substance to the allegations.

Greste remained completely convinced of his innocence during his time in jail, according to Flynn, and was able to manage his expectations well throughout the process with the support of his family.

“He has remarkable strength of character as well as a remarkable passion for what he does,” said Flynn.

Australian counsel do not have the right of appeal in Egypt and, therefore, it was considered more appropriate that they did not travel to Egypt for the case. Instead, the team worked closely with Amr el-Dib, a local lawyer, to secure Greste’s release.

Upon joining the case in September last year, the G+T legal team together with counsel drafted written submissions addressing errors in the first trial and the right to freedom of association and freedom of speech in Egypt.

Egypt is a party to the International Covenant on Civil and Political Rights and the covenant has domestic legal status in Egypt so an argument based on these freedoms was able to be put to the Court of Cassation, Ward noted.

The appeal was successful on January 1 and, from that moment on, Greste was once again an accused person rather than a convicted person. This enabled Commonwealth diplomats to increase their diplomatic efforts to have him sent home.

The legal team applied for Greste’s deportation under a presidential decree, allowing for the return of accused persons to their home country. It was under this decree that Greste was ultimately deported.

However, DFAT was very quiet about its involvement because the legal issues around Greste’s incarceration were complex and politically sensitive.

When asked if he believed the government had not received the credit it deserved for its efforts to secure the release of Australians imprisoned overseas, Flynn said, “I do - in this case - absolutely.”

Flynn was not surprised that Greste was freed, but said the successful outcome relied on the expert application of strong legal and diplomatic strategies across multiple jurisdictions in a difficult part of the world.

“We needed to … make sure we threaded the needle appropriately to [get him] out as quickly as we possibly could,” he said. “We are very glad that we didn’t have to go through the process of a retrial.”

Greste’s case will not necessarily set a precedent for his colleagues still in prison in Egypt. Different legal processes will apply to the Egyptian-Canadian dual national and the Egyptian journalist arrested on the same charges as Greste.

“The basis on which Peter was released applies only to foreign journalists. Egyptian journalists incarcerated in Egypt would not have that avenue or approach available to them,” said Flynn.

“That doesn’t mean, obviously, that we should give up hope on them. Journalists incarcerated for political purposes in any country require our support for their release,” he said.