Resistance to value-based pricing: a failure of imagination 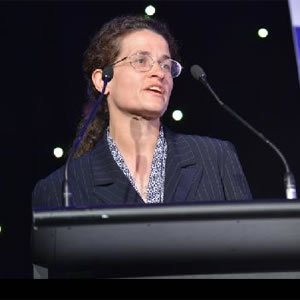 In an effort to radically modernise pricing mechanisms, the in-house team at Bendigo and Adelaide Bank are no longer engaging with law firms that do not offer value-based pricing.

Lawyers Weekly spoke with the head of group, legal, at Bendigo and Adelaide Bank, Maria Polczynski (pictured), ahead of her address to the World Masters of Law Firm Management conference on March 12 in Sydney.

“We don’t believe that the way law has been delivered for the past … is anything like best practice. Hourly rates [are] basically an invention of 1919 so they are starting to look a little dated,” she said.

Ms Polczynski and her team of 13 lawyers have championed the reinvention of billing and tried to incentivise the bank’s most-trusted firms to innovate over the past few years.

“[We want to] give firms some tools to … understand price outside the construct that we all, as lawyers, grew up with.

“We actually think the firms themselves could have unlimited potential if they could but do things a little [differently],” she said.

Ms Polczynski said she originally considered just jumping to ‘new players’ that were already offering pre-pricing and value-based pricing. However, her team decided that it was worth the effort to educate law firms that already had a strong relationship with the bank.

Ms Polczynski said that sampling new law firms was useful in “terms of just getting a vibe for how the industry is going and what the opportunities out there are”, but said the bank was more interested in finding common ground with the firms that had a strong organisational history with the bank.

The bank began to experiment with new models for pricing legal services in 2012, eventually running a pilot in 2014 which pulled hourly rates from all terms of engagement.

Legal fees were mostly agreed upon up-front and, if pre-pricing was inappropriate, it was the bank’s honest but subjective assessment of value delivered rather than a figure calculated on the basis of hours that would ultimately determine the price.

“We don’t think that one of your hours is intrinsically worth anything,” said Ms Polczynski.

“If what you are delivering is worth a whole lot more [than the cost of your time] then we accept that [and] will pay considerably more than … [the] standard hourly rate.

“That’s where we think the opportunities are for the firms to up their profitability even while they are reducing their billable hours,” she said.

Of course, the “eternal question” is how to assess the value of legal advice in dollar terms.

Lawyers are often not in the best position to solve this conundrum because they tend to default to billable hours as a measure when matters go over budget, she said.

“Clients holding the cheque books have a much bigger say than they have ever had in the past”, she said, but rejected the idea that the bank was using its market leverage to score a bargain.

“We are quite deliberately not trying to hold guns to people’s heads. We are having conversations before we engage. We want the [law firms] to be profitable. We want them to be committed and we want them to want to do our work,” Ms Polczynski said.

She believes there is a real disconnect between what lawyers think they are intrinsically worth and what they are actually delivering.

“There is so much low-hanging fruit at the moment… We are closing that gap and we don’t even have to close it very much to have very strong outcomes for our organisation,” she said, adding that the external legal costs of her bank had significantly decreased under the new pricing arrangements.

Before joining Bendigo and Adelaide Bank, she was a banking partner at Henry Davis York for 12 years.

Resistance to value-based pricing: a failure of imagination