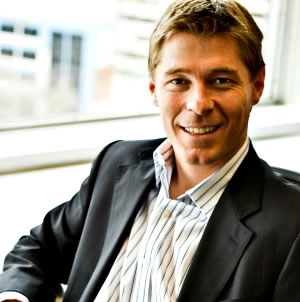 A former lawyer who battled to improve access to cancer drugs will be memorialised by a scholarship at his alma mater Monash University.

Nicholas Auden (pictured), who passed away after a two-year battle with cancer in 2013, was the subject of a high-profile online petition, Save Locky’s Dad.

The social media campaign, which attracted over 500,000 signatories on Change.org, fought for cancer patients in the United States to gain access on compassionate grounds to potentially life-saving drug trials.

Mr Auden moved to the United States from Australia in around 2011 to work as a commercial manager for Orica, after which he received his diagnosis.

In honour of his memory, Monash University and Herbert Smith Freehills – the firm where Mr Auden started his legal career – have pledged $25,000 to found a new scholarship.

Dean of the Monash Faculty of Law Professor Bryan Horrigan said the program would ensure a lasting legacy for Mr Auden.

“A fitting way to recognise Nicholas’ commitment to educational excellence during his time as a law student and, following graduation, his contribution to the legal profession and international business community, would be to establish a legacy fund for an international scholarship to study in the United Kingdom,” he said.

The fund will provide financial assistance to a Monash Faculty of Law student undertaking a one-year study program in the UK, reflecting Mr Auden’s own education at Monash and Oxford University.

Current development manager at Monash Faculty of Law Sarah Rainbird described the scholarship as a fitting tribute to her former colleague at HSF.

While first year funding has been secured, Monash has called for “further philanthropic support” to make the scholarship available in future.