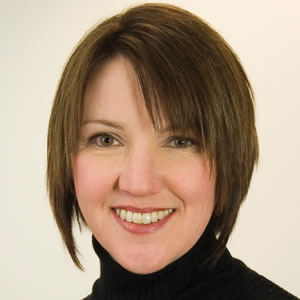 A new report suggests many corporate counsel struggle to navigate conflicts between their ethical obligations and company expectations.

The Legal Risk: Definition, Management and Ethics study, undertaken by University College London’s Centre for Ethics and Law, suggests many in-house counsel do not have the structural support or processes in place to deal effectively with ethical conflicts.

The report found the nature of an in-house role often leads to tension between identifying legal risks and the corporation’s interests.

“Risk assessment requires professional objectivity for such assessment to be useful and accurate, yet the culture of ‘being commercial’ and the framing influences of a professional culture that emphasises putting the client first strains that objectivity,” the report states.

“The professional obligation of independence is also sometimes called into question.”

The authors suggested risk management processes were often "ad hoc", based on intuition rather than a systematic process and varying from case-to-case.

Structural issues were also identified as a potential issue, with lawyers reporting being punished for challenging the corporate hierarchy or rewarded for toeing the line.

“More generally a corporate discipline was at work that protected the discretion of senior decision-makers and disciplined lawyers towards corporate norms. That discipline reminded lawyers that they were there to support the business; that they advise and do not decide.”

“In general, in-house lawyers and the businesses they work within have an allergy to the word ‘no’ being exercised by anyone other than the ultimate decision-maker."

Ultimately, the authors warned legal risk management may be compromised if lawyers could not act independently.

“Discomfort and concerns about independence effectively meant that, on occasion, our in-house lawyers felt their companies were taking unreasonable positions on legal risk or, perhaps, untenable positions on the legality of their action.”

However, her experience has been that independence is robust among corporate counsel in Australia.

“I do know that within Australia in-house counsel very much hold their responsibility to the court as the first and foremost of their ethical obligations,” Ms Hyde said.

“That is probably the one area where I see some differences in views [from the report].”

She argued lawyers needed to take a nuanced approach to risk management and ethical questions.

“We're not talking about black and white – it's about how we manage this risk [and saying] ‘this is the way we think we can do it’. The legal advice is taken on board then an assessment is made about how to proceed.

According to ACLA's research, around half of in-house counsel in Australia also hold compliance powers, a model Ms Hyde suggested could give lawyers greater sway in organisations.

“To be an effective in-house counsel, the ability to influence the organisation and be there at the point at which risks are discussed and identified is critical to their success,” Ms Hyde said.

She urged lawyers facing ethical dilemmas to talk the problem over with trusted peers or to take advantage of the ACLA helpline.

“It's about reaching out to somebody else that you can talk to. The key message is have the conversation.”