Big Four to beat law in dumping the billable hour 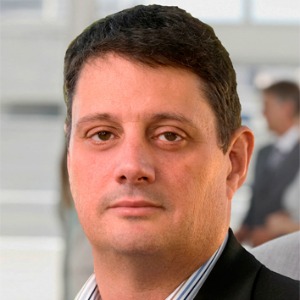 Pricing experts have predicted that accounting firms will scrap the billable hour before law firms, but neither sector is willing to change.

Steve Major (pictured), founder of consultancy Pricing Power, told Lawyers Weekly that accounting firms are moving away from the billable hour to a greater degree than law firms. However, client pressure rather than a genuine desire to reform pricing practices is driving the trend.

“The accounting firms are more receptive [to different pricing models], but that doesn’t mean they’re not struggling with it and resisting it,” he said.

“There are pockets of firms in both industries that have been adopting true value pricing and are ahead of the curve, but by and large the bigger firms are being pushed into it as opposed to identifying how to get out in front of the marketplace.”

Mr Major predicts the consulting arms of the Big Four will be the first movers, with other segments of their business following suit soon after.

Legal consultant John Chisholm agreed that consultancy practices would pioneer alternative pricing within their firm, with many already offering clients a project or success fee rather than time billing.

Even so, many of the fixed fees currently being offered by the Big Four, particularly in the traditional accounting areas, are still based around time, he added.

Both Mr Chisholm and Mr Major said smaller accounting firms, especially those with a multi-disciplinary practice, are more receptive to adopting alternative pricing across all segments of the business.

“Accountants on the whole have invested more heavily in outsourcing than have law firms and they have found they can provide more efficient, quicker and lower cost services and products to their clients, while at the same time retaining healthy profit margins by using fixed fees with their clients,” said Mr Chisholm.

Firms in both sectors have cited similar reasons for retaining the billable hour.

They argue that time billing is equitable, that the structure of accounting and law firms lends itself to the billable hour approach, and that fixed fees shift business risk from the client to the firm.

While Mr Major acknowledged that regulation is a legitimate concern for law firms, he added that it is far from an insurmountable challenge.

The real issue, he said, is the cost of fundamentally changing the way law firms do business.

“The big law firms have so much of their internal systems and processes focused on the billable hour; it will take an incredible pressure for them to change a whole method of being,” he said.

Mr Chisholm commented that lawyers are finding problems or perceived risks in alternative pricing structures that “just aren’t there”.

“Lawyers are good at finding problems, that is our stock in trade,” he said.

Big Four to beat law in dumping the billable hour