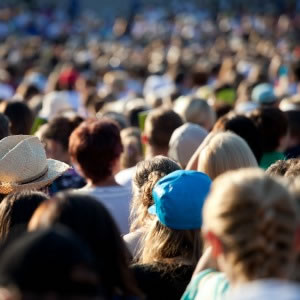 The ‘shoestring’ budget of community legal centres has resulted in the disappearance of legal services for more than 150,000 disadvantaged Australians every year.

That is the disturbing finding of the National Association of Community Legal Centres’ (NACLC’s) National Census Report, which was released yesterday (15 June).

“These are not just statistics but real people, often highly vulnerable, who cannot receive the help they need,” said NACLC chair Michael Smith.

Mr Smith said it was “extremely concerning” that CLCs could not meet demand for legal services during FY2013/2014.

“The total figure for turnaways is actually much higher than [the reported figure], as only about 75 per cent of our member centres were able to provide details of their turnaways,” Mr Smith said.

A large proportion of people trying to access legal assistance identified as Aboriginal or Torres Strait Islander (13.3%) or as a person with a disability (25.4%).

“We know CLCs assist the most vulnerable and disadvantaged members of the community,” Mr Smith said.

The NACLC report is the latest to emphasise the desperate need for more legal aid funding.

Since January 2014, $60 million of Commonwealth funding for legal aid has disappeared.

Earlier this year the federal government reversed planned cuts of $25.5 million over two years, but the recent budget has been criticised by the NACLC and the Greens for failing to address the problem of “chronic underfunding”.

Mr Smith said: “Given the high level of turnaways, it is vital that all legal assistance providers, including CLCs, receive an immediate cash injection of $200 million per year by all levels of government, as recommended by the Productivity Commission.”