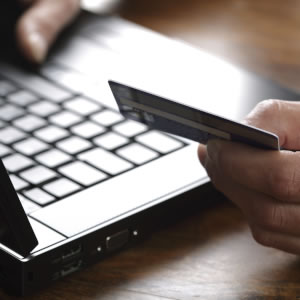 A new Adelaide firm has sparked controversy by revealing plans to charge graduates almost half an average annual salary to participate in a two-year employment and mentoring program.

The firm, Adlawgroup, will provide short-term ‘job’ placements for newly admitted lawyers from July in an effort to address the lack of employment opportunities for young lawyers in South Australia.

After paying an up-front fee of $22,000, ‘employees’ will be able to earn an income through supervised work. The payment covers the cost of education programs as well as the cost of an unrestricted practising certificate.

In South Australia, admitted lawyers must do two years of supervised work on a continuous full-time basis before they can practice independently.

On the basis of bridging this two-year gap, the firm’s website pitches the $22,000 fee as an “investment in the future” and a “a cost-effective alternative to higher legal education or the pursuit of alternate tertiary qualifications”.

The firm is currently hiring on seek.com for 10-15 junior lawyers and is planning on another intake in September.

The unorthodox business model has raised serious concerns amongst the state’s legal community, according to Law Society of South Australia president Rocky Perrotta.

“I can’t come out and declare it unlawful because I don’t know [enough about it],” Mr Perrotta told Lawyers Weekly.

“What we do know is that … it is very tough to get a job. There are three law schools in South Australia pumping out all these graduates [and] a number haven’t got work after quite some time.

“[These graduates] are in [a] vulnerable position and when this business model comes up, it may be attractive to them.”

Mr Perrotta agreed the firm’s asking price for one of these ‘jobs’ was so steep it was unlikely to draw much interest from graduates.

“[But] when people are in a vulnerable position … they [sometimes] do things they wouldn’t and shouldn’t otherwise do,” he said.

The Law Society’s Ethics and Practice Committee is investigating the model and has asked Adlawgroup for more information.

The Law Society has cautioned law graduates against handing over money to Adlawgroup just yet, saying there is “obvious potential for exploitation of employees”.

Mr Perrotta said questions were being raised about some of the claims made on the firm’s website.

“For example, that it is a ‘cost-effective alternative to higher legal education’. What does that mean?” he asked. “Is it really providing the supervision that it is saying it does for those two years?”

Mr Perrotta said receiving adequate supervision was critical as it is the basis upon which graduates are given an unrestricted right to practice.

A major issue – according to Mr Perrotta and employment lawyer and principal at Maurice Blackburn, Giri Sivaraman – is the claim that Adlawgroup recruits are actually entering into an employment relationship.

Employment contracts give rise to minimum obligations that need to be met, such as offering award or minimum wages and leave benefits, in accordance with the Fair Work Act.

Independent contractor relationships, on the other hand, should provide greater flexibility and freedom upon engagement. These relationships are governed federally by the Independent Contractors Act 2006, which gives contractors the right to seek variations to a contract that is harsh.

Superannuation and tax payment obligations also depend upon the type of relationship that has been established.

Further confusing matters, the offer by Adlawgroup could also be described as a consumer-service provider relationship, which could bring it under consumer protection regulations.

Given that graduates only earn $53,000 per year on average, Mr Sivaraman doubted the program could offer a return on the initial $22,000 investment.

“I wouldn’t expect [graduates] to earn a significant amount of fees because there would be a lot of learning and development that would have to take place initially,” he said.

“I have never heard of anyone, of any law firm anywhere, that has charged graduates money to have the so-called opportunity to work.”

Lawyers Weekly attempted to contact the director of Adlawgroup, Cindy Hynes, but she had not responded by the time of publication.