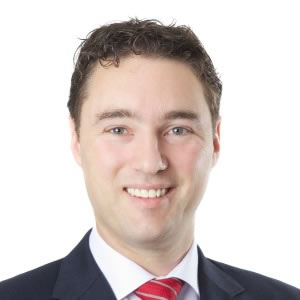 A healthy pipeline for infrastructure – particularly in asset recycling – is creating opportunities, but competition among firms is fierce.

“It's fair to say that across the board we're seeing an infrastructure boom in New South Wales, probably for the next decade,” Mr Redden said.

He pointed to the privatisations of Port Kembla, Port Botany and the Port of Newcastle, as well as the $20 billion “poles and wires” project.

“That asset recycling, particularly in New South Wales, drives a lot of M&A activity,” Mr Redden said. “Apart from the M&A and banking and finance legal teams, other practice areas in a law firm get heavily involved in due diligence and other specialist aspects of those deals.

“Lawyers will be very busy, for a long period of time. I think the work is across disciplines within law. And it's not just private practice – it's government and in- house lawyers too.”

“Baird is passionate about getting New South Wales to a place where it has the infrastructure it requires, not just now but for the future,” Mr Redden said.

He also pointed to other infrastructure projects, such as private asset sales, public-private partnerships (PPPs) and greenfield developments, as strong growth areas in the state and predicted that social projects such as prisons or hospitals were also in the works.

In other states, infrastructure activity lags behind New South Wales.

He believes the market remains cautious after the planned East-West link was blocked by a change of government.

"While Victoria does have projects such as Melbourne Metro, level crossings and Vic Rolling Stock it’s not the same sort of pipeline or level of investment,” Mr Morgan-Payler said.

Asset recycling in Queensland, meanwhile, has been stymied by a government elected on a ‘no privatisation’ platform, Mr Redden said, suggesting its market was likely to focus on PPPs.

Western Australia, on the other hand, may begin to consider asset-recycling programs as mining activity weakens and the government faces a deficit.

Overall, Mr Morgan-Payler suggested the trend has been towards mega-deals, which amps up competition between firms.

“There will be those that are involved in the projects and those that aren't involved. They have multiple bidders and multiple roles, so there is going to be a lot of activity. But the need to get on these projects is increasing.”