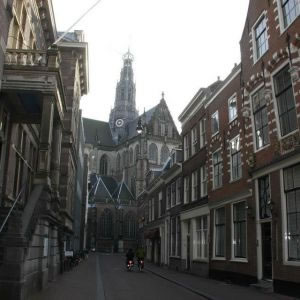 The world’s first successful lawsuit over carbon emissions targets in The Netherlands has prompted lawyers to consider whether similar cases can be launched in Australia.

The Dutch class action was brought by environmental group Urgenda on behalf of 886 individuals earlier this year.

The group claimed the government’s plans to cut emissions by 14 to 17 per cent (based on 1990 levels) by 2020 were inadequate for protecting the public from the adverse effects of climate change.

The low-lying country, renowned for its dykes and the amount of reclaimed land below sea level, is particularly exposed to the dangers of sea level rises.

In an unprecedented ruling, the court ordered The Netherlands' government to cut greenhouse gas emissions by at least 25 per cent by 2020.

Environmental Justice Australia lawyer Ariane Wilkinson said it was unlikely an identical case could be brought in Australia.

“[The Netherlands has] a completely different legal system and the opportunities in Australia are more limited,” Ms Wilkinson said.

“[The Netherlands] has a civil law system and we have a common law system. The win in that case turned on establishing a duty of care and there were a few other international legal instruments that were able to be relied upon.”

Duty of care falls under Torts law in Australia, in which cases hinge on the establishment of a duty of care relationship between the plaintiff and the defending party.

“Duty of care under the Australian system is different to under the Dutch system,” Ms Wilkinson said. “They've essentially got particular provisions in their constitution, which were helpful for the Urgenda Foundation lawyers in making their case.”

Lawyers Weekly spoke to Ms Wilkinson ahead of a visit by the director of the Urgenda Foundation, Marjan Minnesma, to Australia next week. Ms Minnesma will speak at free events in Brisbane (21 July), Sydney (22 July) and Melbourne (23 July).

“You see more and more people turning to the law when the government isn't listening to the community,” she said.

“The science is clear on climate change. We have to act. When it is this urgent … independent lawyers acting in the public interest will be at the forefront.”

The Dutch case had two elements that make Ms Wilkinson particularly optimistic about the future of this kind of action. First, the fact that human activity causes climate change was not in dispute.

A translated version of the judgement reads: “Anthropogenic greenhouse gas emissions are causing climate change. A highly hazardous situation for man and the environment will occur with a temperature rise of over 2°C compared to the pre-industrial level.”

“So they got over that hurdle,” said Ms Wilkinson.

She said the second “really cool and interesting thing about the judgement” was the acceptance of the concept of climate justice.

The judgement declares that the “principles of fairness” mandate that “industrialised countries have to take the lead in combating climate change and its negative impact”.

The ruling states that industrialised countries are the main causers of the current high greenhouse gas concentration in the atmosphere. Because these countries have benefited economically from the use of fossil fuels, they therefore “have the most means available to take measures to combat climate change”.

Donald Anton, a professor of international law at Griffith University, has also pointed out that the duty to exercise care was not affected by the fact that The Netherlands is not a major contributor to global emissions.

Professor Anton is of the opinion that an Australian plaintiff might have standing to sue the government if they could demonstrate that the government has a duty to exercise reasonable care and that the threat of climate change was foreseeable by the government.

Climate change lawsuits are generally difficult to win because they sit at the forefront of legal jurisprudence, Ms Wilkinson said.

However, there has been “heaps of litigation around Australia” on the issue of climate change since the mid-1990s, she continued.

“There has been some successful and ... progressive climate litigation in Australia. All of those cases have been focused on particular projects [such as] new coalmines and new power stations.

“The Dutch decision obviously sits apart because it goes to what the government says it will do in terms of emission reduction.”