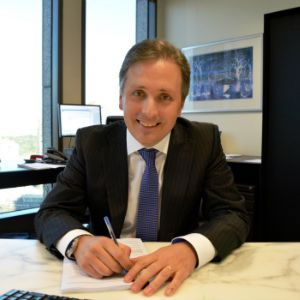 Two-office firm Arnold Bloch Leibler has doubled its revenue over the past decade without significantly changing its head count.

Arnold Bloch Leibler won the title of Australian Law Awards Law Firm of the Year in 2004 – submissions for this year’s awards are currently open.

Eleven years on, ABL head of commercial and corporate Jonathan Wenig (pictured) said the firm has stayed true to its original vision of being a small but high-quality provider.

“We have basically the same head count we had 10 years ago, but our revenue has more than doubled,” he told Lawyers Weekly. “We've never wanted growth for growth's sake.”

ABL has 35 partners spread over two cities – Melbourne, where the firm was founded in 1964, and Sydney, where ABL opened in 2002. However, Mr Wenig ruled out the possibility of future expansion.

“I can say categorically we won't be opening new offices,” he said. “We'll continue to work out of Melbourne and Sydney.”

Instead, he said the firm’s growth plans were focused on acquiring top-tier work more usually associated with national or global firms.

“Our focus has been on quality – we don't want all your work, we want the work where we can add value. That strategy has served us well, because it's meant the types of matters we've been involved in have been the transformational acquisitions, or the regulatory investigations, where the company's lifeline is at stake.”

In addition, he suggested being a low-leverage firm with a high partner-to-lawyer ratio was attractive to clients.

Mr Wenig has been at ABL for more than 20 years and believes the legal profession has changed dramatically in that time.

“The headline-grabbing stuff has been the internationalisation of law firms. The next few years will continue to be interesting – some of the tie-ups we've seen will succeed and some will not.”

He acknowledged there were some matters where ABL would not be able to compete with its global rivals: “if you want 400 lawyers to do a large acquisition or a piece of litigation, we don't have 400 lawyers that can do that.”

However, he suggested ABL was able to draw on informal networks for high-volume work, referring some matters to mid-tier firms while servicing the client on complex issues.

Similarly, he said the firm relied on international networks to assist clients overseas, touting the firm’s independence to choose its own referral partners rather than being tied to formal global network.

Reflecting on the past, he suggested ABL had thrived on home-grown talent and tightly woven client relationships.

“What we've been successful at over decades is growing our own talent rather than hiring it laterally. We have invested heavily in client relationships that are deep and long and strong. Those two things have served us in good stead.”