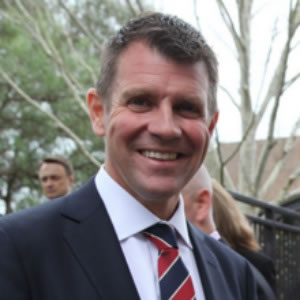 The NSW Independent Commission Against Corruption has won back some power to investigate non-public officials, though only in cases of "serious corrupt conduct".

The review was prompted by a High Court challenge brought by deputy crown prosecutor Margaret Cunneen which narrowed ICAC’s jurisdiction.

In the final report, Mr McClintock and Justice Gleeson appear to support the High Court in its reasoning on the Cunneen case.

The review recommended ICAC’s power may only be exercised in “the case of serious corrupt conduct”, limiting its application.

However, it also recommended expanding ICAC's scope “beyond that as defined in Cunneen by taking a fresh approach to the identification of that kind of corrupt conduct that does not involve wrongdoing on the part of a public official”.

“This approach could be based on the concept of conduct that undermines or could undermine confidence in public administration,” the review stated.

However, the review laid down specific circumstances where "corrupt behaviour" could be alleged, such as collusive tendering, fraud in relation to licence applications, dishonestly obtaining payment from public fund or assets, defrauding revenue or fraudulently obtaining employment as a public official.

On the other hand, the review proposed expanding ICAC oversight over serious breaches of electoral and lobbying laws.

Speaking at a press conference on Tuesday morning, Premier Baird endorsed all the recommendations.

“I think the important point about today is we want ICAC to get cracking,” Premier Baird said.

Following the Cunneen verdict, ICAC signalled its intention to hold off on reports on Operations Credo and Spicer until the review was released.