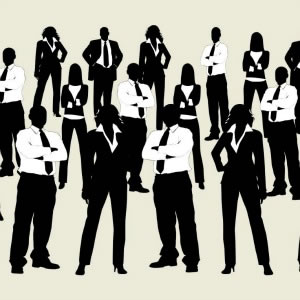 The Law Society of South Australia will decide whether to introduce minimum quotas for female and male representatives at its upcoming AGM.

If the proposal succeeds on 26 October, the Law Society will become the first in Australia to implement quotas on its council and executive.

Currently, the majority of Law Society representatives are male. Only one out of seven of the executive are female.

If approved, the amendment will increase the number of female representatives to nine out of 32 on the council and two out of seven on the executive.

Sixteen of the council positions are reserved for country, junior and ex-office members. The proposal will introduce a 50-50 gender spit to the 16 metropolitan members only. Currently there are 14 metropolitan council members, seven of which are women.

Speaking with Lawyers Weekly, Anna Jackson, the chair of the Gender Equity Working Group at the Law Society, argued that the proposal was a “no-brainer”.

She said there was only one single instance in 135 years where the Law Society executive comprised more than one woman.

There have only been three female presidents in the history of the Law Society, she added.

Meanwhile, the percentage of female law graduates in South Australia has crept up to 70 per cent, and more than 50 per cent of Law Society members are women.

However, the proposal has faced vigorous opposition within the Law Society, which could not produce an agreed position to members. Instead, arguments for and against have been detailed in a paper produced by the council.

Ms Jackson said she did not believe the proposed changes were “actually that controversial” when one considers their practical effects.

The paper in support of quotas argues that reserved positions are not new, with positions already being allocated for country members, young layers and law school deans.

“There is no suggestion that these categories are not meritorious or that the incumbents have taken a position from a more deserving member of the society,” the paper states.

The paper in favour of change also argues that having reserved positions for women is not novel. The Victorian Government recently committed to 50 per cent quotas for female judges, magistrates and public board members.

The 'against' paper argues that genders are already treated equally in the selection process, as demonstrated by the strong representation of women in the Metropolitan category.

It states that quotas are "divisive, undemocratic and may well be counter-productive" and could detract from the achievements of women by increasing accusations of tokenism.

The president of the Law Society, Rocky Perrotta, told Lawyers Weekly that members hold a range of views about quotas.

"Regardless of the outcome at the AGM, the Law Society has demonstrated a commitment to gender equity and diversity in the legal profession," he said.

"[The Law Society] will continue to promote principles of inclusiveness, equality and diversity as set out in the Law Council’s Diversity and Equality Charter, which the Law Society recently adopted."