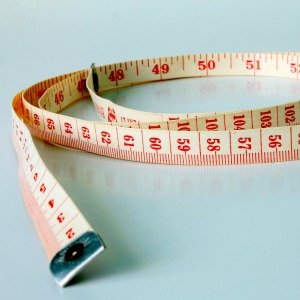 Popular metrics for comparing law firms, including profit per partner and rankings systems, are poor indications of firm quality and status, according to one consultant.

While law firms place considerable weight on metrics such as profit per partner, Chambers rankings and M&A league tables, these measurements are unreliable at best and irrelevant at worst, according to Jordan Furlong, a partner at Edge International.

“What's interesting is that all these measures are employed by law firms in what amounts to preening contests among themselves to determine which is the ‘best’ firm, but they're not much use to clients,” Mr Furlong told Lawyers Weekly.

Profit per partner is the most prominent metric used to compare firms in Australia and the US, but is not used in Canada, where Mr Furlong is based.

Law firms typically submit profit per partner figures to independent bodies or media outlets that collate and publish the information on a yearly basis.

In Australia, the figures are published in the Australian Financial Review; in the US the 200-250 largest law firms voluntarily submit their profit information to periodicals such as The American Lawyer and The National Law Journal.

Speaking with Lawyers Weekly, consultant Dr George Beaton said that “financial metrics are the prevailing norm” in Australia and are an “absolute art form” in the US.

However, these partner profitability measurements have serious shortcomings as comparative metrics, according to Mr Furlong.

“Any law firm that believes its profit-per-partner numbers are an accurate reflection of its health and status within its markets needs an intervention,” Mr Furlong said.

“Partner profitability is an unusual metric to deploy in any event,” he continued. “It's the rare corporation that says to itself, ‘This law firm made more money off its clients than any other. We should pay them to do our legal work’.”

Mr Furlong said other comparative metrics were also of little use to clients because they “tend to be either very narrowly applicable or highly subjective”.

For instance, M&A league tables are a “useful secondary measure” of which firms handle the best deals but it only applies to the “tiniest fraction” of firms, Mr Furlong said.

Rankings systems such as Chambers “and many, many other less reputable versions that purport to rank law firms according to reputation and other criteria according to both peers and clients” are equally limited, he continued.

“If anyone has come up with a reliable measure of full-service law firms' market share across multiple sectors, I haven't seen it,” he said.

He continued: “League tables and ranking systems are entirely reactive and backwards-looking: they tell you what people thought or what decisions they made in the past, but they don't give you any reliable guidance on what firms they should use in future.

“So to the extent there are any metrics to compare law firm performance, they are of interest and utility almost entirely to law firms themselves.”

Dr Beaton agreed that metrics have their limitations but was more optimistic about the usefulness of comparative measurements.

Figures that capture data about client satisfaction, such as Net Promoter Score (NPS) and Overall Client Service (OCS), do discriminate well between firms, he said.

“We think NPS only is too limited,” continued Dr Beaton. “So we collect the NPS and calculate it but we also collect OCS.”

Unlike NPS, OCS measures five dimensions: perceptions of value, propensity to recommend, inclination to re-engage the law firm as opposed to recommend to a friend and the strength of the client’s bond with the firm.

Mr Furlong said in-house counsel often settle on a law firm through personal relationships, inertia and habit rather than through consideration of metrics.

He advised law firms to find a way to insert themselves into the conversation within companies about buying criteria.

“Law firms would be very wise to find out everything they can about these internal conversations,” he said.

“Otherwise, they may find that a decision about their fate was reached without them ever even knowing a discussion was taking place.”

“But it's an incredibly difficult nut to crack,” he said.

“Until something concrete develops in this area, firms need to remember that it's the client, not the law firm, that gets to decide what constitutes quality, value, and effectiveness.

“So if you don't know exactly what your firm's clients think about how your firm is doing on these three points, pick up the phone today and start finding out.”