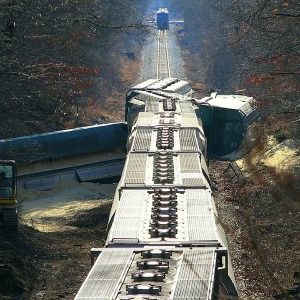 The record high in M&A transactions last year was met with forceful regulatory response, with antitrust authorities slamming the breaks on ‎deals valued at more than €60 billion (AUD$93.56 billion).

Allen & Overy’s Global Trends in Merger Control Enforcement Report, released this week, shows that 20 transactions worth more than €60 billion were prohibited or abandoned as a result of antitrust concerns last year.

Antonio Bavasso, co-head of Allen & Overy’s antitrust practice, said authorities have “responded firmly” to the increase in confidence by companies to engage in strategic deals.

The report, which analyses merger control activity across 16 jurisdictions, found that a further 92 deals required remedies.

Remedies are solutions to concerns from antitrust enforcement agencies, which can lead to deals being renegotiated and buyers acquiring less than intended.

In A&O’s report, 38 of the deals requiring remedies had those remedies agreed during the initial review period.

The remaining majority (54) were subjected to remedies following in-depth investigations.

The timeline for these in-depth investigations has increased due to the growing complexity of deals. Investigations generally took between five to eight months, and in some cases longer, according to the report.

A&O noted a significant shift in the types of remedies imposed. Authorities are more open to behavioural commitments relating to the future conduct of the merging parties, such as the licensing of a brand or asset or granting access to a network.

Hybrid remedies that combine both structural divestments and behavioural commitments are also becoming more common. In 2015, 37 per cent of remedies following in-depth investigations involved either standalone behavioural or hybrid remedies.

However, structural remedies are preferred to behavioural remedies in the US, according to Elaine Johnston, the co-head of Allen & Overy’s antitrust practice.

From a sector perspective, telecoms and life sciences mergers accounted for the highest ratio of antitrust intervention compared to the global volume of deals in these sectors.