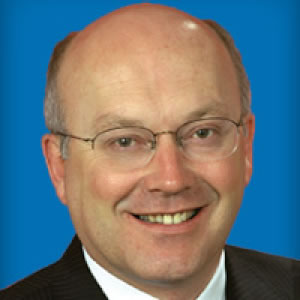 Multiple Commonwealth laws that encroach upon traditional rights, freedoms and privileges recognised by common law have been identified in the Australian Law Reform Commission’s latest report.

The ALRC's final Traditional Rights and Freedoms – Encroachments by Commonwealth Laws report was released by the government last week following one of the broadest inquiries ever undertaken by the Commission.

In 2014 Attorney-General George Brandis QC asked the ALRC to identify any Commonwealth laws that encroached upon traditional rights, freedoms and privileges.

Of the 20 traditional rights, freedoms and privileges provided as Terms of Reference by Attorney-General Brandis QC, the ALRC identified Commonwealth laws that encroach upon 12 of them.

“Important rights and freedoms should only be interfered with reluctantly – when truly necessary,” Professor Rosalind Croucher AM, ALRC president and commissioner-in-charge of the inquiry said.

“This report identifies and critically examines laws that limit rights, and will inform decisions about whether such laws might be amended or repealed.”

Based on that list, the report calls for further consideration or review into the Crimes Act 1914, the Charter of the United Nations Act 1945, the Taxation Administration Act 1953, the Bankruptcy Act 1966, the Copyright Act 1968, the Racial Discrimination Act 1975, the Australian Security Intelligence Organisation Act 1979, the Veterans’ Entitlements Act 1986, the Migration Regulations 1994, the Income Tax Assessment Act 1997, the Corporations Act 2001, the Australian Crime Commission Act 2002, the Proceeds of Crime Act 2002, the EPBC Act, the Water Act, the ASIO Act, the Migration Act and multiple Criminal Codes.

“Some of these laws might be reviewed by a parliamentary committee, a government department, or a body such as the INSLM or the ALRC itself. Others may simply warrant reconsideration by government, given their effect on traditional rights and freedom,” the report read.

Attorney-General Brandis QC has asked his ministerial colleagues to carefully consider what action might be taken in relation to the laws that the ALRC has identified as warranting further consideration, so as to preserve and maintain the freedoms that underpin the principles of democracy.

“Australia is one of the world’s great liberal democracies, where respect for human rights forms part of the fabric of our society. Individual personal freedom, liberal democratic values and the rule of law sit at the core of our national identity,” he said.

“The report acknowledges the role of Australia’s Parliament in preserving fundamental rights and freedoms and will be a valuable contribution to public debate on ensuring limitations to these rights is justified.”