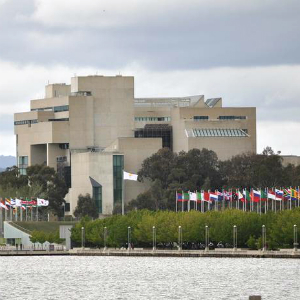 The High Court of Australia (HCA) has unanimously found that advocates' immunity does not extend to cover negligent advice leading to civil settlements.

In a ruling made yesterday, the HCA said that immunity does not apply in those instances where negligent legal advice made out of court leads to settlement and consent orders.

However, the court further refused the submission that immunity from suit should be abolished completely.

In their majority reasons, Chief Justice French, and Justice Kiefel, Bell, Gageler and Keane underscored the “protection of the finality and certainty of judicial determinations” as the common law rationale of the advocate’s immunity. Justice Gordon agreed with the majority on this point.

Paragraph 46 of the judgment read: “The ‘intimate connection’ between the advocate's work and ‘the conduct of the case in court’ must be such that the work affects the way the case is to be conducted so as to affect its outcome by judicial decision.

“The notion of an ‘intimate connection’ between the work the subject of the claim by the disappointed client and the conduct of the case does not encompass any plausible historical connection between the advocate's work and the client's loss; rather, it is concerned only with work by the advocate that bears upon the judge's determination of the case.”

However confined the scope of the immunity may be, the majority said “it is sufficient to conclude that the immunity does not extend to negligent advice which leads to the settlement of a claim in civil proceedings”.

The case under consideration concerned the appeal of Attwells & Anor v. Jackson Lalic Lawyers Pty Ltd in the High Court of Australia.

Mr Attwells had been a co-guarantor for a $1.5 million loan made by the ANZ Bank to the company Wilbidgee Beef Pty Ltd.

Following defaults on the loan, ANZ commenced guarantee proceedings in the Supreme Court of NSW against Mr Attwells and he retained solicitors from Jackson Lalic Lawyers to represent him.

In a subsequent law suit, Mr Atwells alleged that his legal team gave negligent advice to settle the claim with ANZ on terms that judgment would be entered against the guarantors and the company for almost $3.4 million. The amount owed by Mr Atwells and his co-guarantor was $1.5 million plus interest.

When the guarantors failed to meet their payment obligations under the settlement, Mr Atwells brought negligence proceedings against Jackson Lalic Lawyers in 2011.

The NSW Court of Appeal found that the advice given by Mr Atwell’s solicitors fell within the scope of the immunity because it led to the guarantee proceedings being settled and was therefore ‘intimately connected’ to them.

The HCA took a different view in its majority decision, finding that the respondent was not immune because the advice to settle the proceedings was not ‘intimately connected’ with the conduct of the case in court in that it did not contribute to a judicial determination of issues in the case.