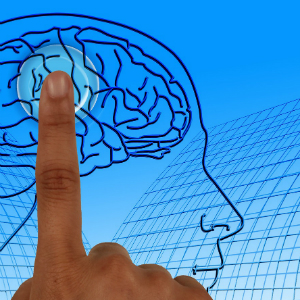 The dynamic between the right to a fair trial and what plays out in the minds of jury members was explored in a major empirical study launched by the Royal Commission into Institutional Responses to Child Sexual Abuse.

The findings, released last week, show juries are not unfairly prejudicial in their reasoning.

Jury Reasoning in Joint and Separate Trials of Institutional Child Sexual Abuse: An Empirical Study focuses on the varied impact to fairness that factors, including evidence and specific judicial directions, have in joint versus separate trials.

The study has been described as the largest study of jury behaviour in the world, involving a total of 90 mock jury deliberations and more than 1,000 'jurors' as its testing group.

The new findings go some way to quell concerns about fairness to the accused in trial-by-jury child sex abuse matters, where offending behaviours can vary in diversity, complexity and extent.

According to Royal Commission Chair, Justice Peter McClellan AM, the findings are important because of how difficult the task of prosecuting child sex abuse ‘beyond a reasonable doubt’ can be.

"Where the only evidence of the abuse is the complainant’s evidence, it can be difficult for the jury to be satisfied beyond reasonable doubt that the alleged offence occurred," Justice McClellan said.

"There may be evidence that confirms some of the surrounding circumstances, or evidence of first complaint, but the jury is effectively considering the account of one person against the account of another.

"We have heard of many cases where a single offender has offended against multiple victims [...] In these cases there may be evidence available from other complainants or witnesses who allege that the accused also sexually abused them. The question is whether that 'other evidence' can be admitted in the trial," he added.

Researchers made their findings by following the thought-process of panel members as part of their deliberations in different simulated trials for child sex abuse crimes.

In an effort to understand the extent to which joint trials and tendency evidence are contributing factors against the 'right to a fair trial', juror-participants were presented with a number of simulated pre-recorded trials, but which shared the same core evidence.

The study determined the impact of factors such as the quantity of charges, strength of evidence and directions given on jury decision-making, by comparing the outcome of the simulated joint versus separate trials.

Despite having to grapple with new complexities, the researchers found that their sample juries were able to distinguish different charges against an accused and base their verdicts on the evidence relevant to each count.

Justice McClellan suggested the results, which may come as a surprise to some, offered valuable insights.

"The results are interesting. For some they will be counter-intuitive and possibly surprising. They will undoubtedly assist all of us to reflect on whether the current rules are appropriate," Justice McClellan said.

"Of course, research based on mock trials, which is all we can do in Australia, never exactly replicates a real trial. In the absence of access to real juries, however, well-designed research can allow observation of how potential jurors reason on particular issues."

The report, co-authored by CSU Professor Jane Goodman-Delahunty and UNSW Professor Annie Cossins, was launched at an event held at NSW Parliament House.

Although the Royal Commissioners have drawn no formal views on the findings or the rules of evidence in question, the study will inform their work.