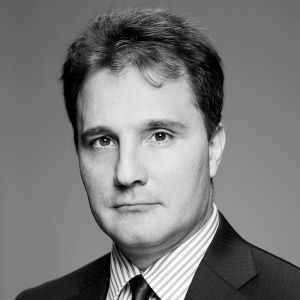 A number of lawyers have called for reform to the insolvency regime in Australia, but the most desirable model has divided opinion.

The Australian insolvency regime has come under close government scrutiny in recent years, with the Productivity Commission delivering its Business Set, Transfer and Closure report in December 2015 and then the commonwealth government calling for submissions to it ‘Improving bankruptcy and insolvency laws’ proposals paper in April.

Barrister Farid Assaf – who recently became a fellow of the International Association of Restructuring, Insolvency and Bankruptcy Professionals – told Lawyers Weekly that the Australian system was in dire need of reform.

He urged for the adoption of a "restructuring culture" modelled on the US, where the statutory regime encourages insolvent companies to restructure rather than liquidate.

"The worst-case scenario for most companies is liquidation," he said.

"What [the Productivity Commission] report was basically saying is we actually don't have a restructuring culture here. There is a rescue attempt at restructuring informally but it's not really supported by the legislation."

Under the US regime, which is commonly known as by its statutory designation Chapter 11, company directors are able to present a restructuring plan for approval to the courts.

"Ultimately, the aim is to allow the company to continue in existence and avoid insolvency," he said. "It's extremely complicated, detailed and sophisticated – but it works."

Under this system, he suggested lawyers would have a more active role in business strategising and restructuring.

"The restructuring regime is very lawyer-intensive," he said.

"As lawyers, we can add value to businesses and the community by helping businesses and insolvency practitioners navigate through the myriad legislation. That's our value-add, to make sure our clients are acting in accordance with the law but also to make sure they're acting as efficiently as possible."

Two of the most controversial suggestions contained in the proposals paper appear to be recommendations for the introduction of a 'safe harbour' for directors and voiding 'ipso facto' clauses in contracts.

The paper proposes two separate models of 'safe harbour', which would grant the director of an insolvent company protection from prosecution for insolvent trading: Model A, where a professional restructuring adviser with no liability is appointed and Model B, where the prohibition on insolvent trading in the Corporations Act is modified.

In Mr Assif’s view, both models are flawed. He believes Model A is likely to create a 'safe harbour' for larger companies, while making it "effectively inaccessible to the directors of SMEs".

While Model B is preferable, he listed a number of concerns regarding the language used in its formulation.

Rather, the firm urged for amendment to the existing prohibition on insolvent trading to create a defence of "reasonable expectation".

MinterEllison, on the other hand, argued that the models were a good start but needed additional work to promote the interests of creditors.

"One option to address this could be to give new and future creditors a priority status in any subsequent liquidation as a quid pro quo for participating in the restructuring," partner Michael Hughes said.

"Another option is to consider the specific actions of directors towards those creditors in determining whether a safe harbour to insolvent trading liability is available."

The proposal to void 'ipso facto' clauses, which allow creditors to withdraw from a contract if an "insolvency event" occurs, also stirred up debate.

Mr Assaf threw his support behind the proposition as a "long overdue reform", arguing that the circumstances where such clauses are void should be expanded.

However, MinterEllison was more cautious, urging for ipso facto clauses not be made void but have their operation suspended instead.

King & Wood Mallesons warned the reform would be a "significant expansion for the breadth of the (already broad) receivership and controller rights" under Australian law and urged for further consultation with affected interests before any change is made.