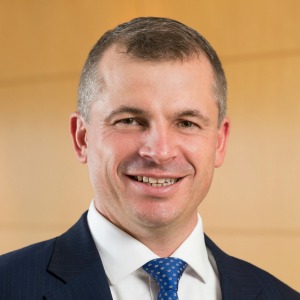 The global firm announced that its overall revenue fell to £505 million in the 12 months to 30 April 2016, down from £533 million in the corresponding period last year.

“Our results last year are not what I wanted them to be,” said Paul Jenkins, managing partner of Ashurst.

“2016 remained a period of change at Ashurst following the implementation of our strategy, with the firm making significant investment in order to drive greater efficiency and innovation.

“Although this will greatly benefit our business and client service, inevitably it has impacted the bottom line.”

Last month Ashurst announced a new global management structure for the firm, including a head of innovation role and a head of clients role. The firm also made a number of appointments to the three global divisions of its executive team.

“The global slowdown in the oil and gas and the mining sectors, to which we have considerable exposure, had a notable impact, as did ongoing geopolitical uncertainty and a slowdown in China,” he said.

“A weakening against sterling of key currencies that are a significant part of our business also had a significant effect, with the negative impact of forex reducing revenue by 5 per cent.”

However, Mr Jenkins noted that Ashurst delivered significant growth in Asia and Europe over the 12 months, most notably in Hong Kong and Paris.

“We have increased revenue in most of the financial services sectors within which we operate, notably funds,” he added.

Mr Jenkins said Ashurst will continue to actively invest in the business over the next 12 months by making a number of strong internal promotions and hires that will play a key role in driving the firm forward.

“I am confident that the new leadership team and a continued focus on clients, efficiency and innovation will deliver a stronger performance in FY17,” he said.

By comparison, other firms have posted increases to revenue in the same period.

Allen & Overy posted a 2.3 per cent rise in revenue to £1.31 billion from the year before.

Profit was recorded at £278.2 million, also up 7 per cent on the previous financial year, and up 20 per cent over two years.

Its average profit per equity partner reached a new high of £665,000.