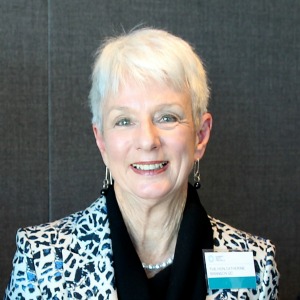 There are situations in which justice requires us to stray from strict equality, and we must continually re-evaluate our definition of justice in the battle against gender discrimination, according to the Honourable Catherine Branson QC.

Former president of the Australian Human Rights Commission and former judge of the Federal Court of Australia, the Honourable Catherine Branson QC, gave a speech addressing the issue of gender diversity in the profession at a Herbert Smith Freehills Women's Network event on 5 July.

“Equality is not to be equated with justice and the demands of justice may require us to depart from strict equality,” Ms Branson QC said, outlining her first key theme.

“We tend to think of the fight against discrimination as a fight for equality. In one sense, of course, it is; but more fundamentally it is a fight for justice.”

She continued: “We accept in many areas that the national interest is advanced by laws that impact differently on those whose circumstances are not the same”.

Examples of this include the rich and the poor paying different rates of income tax; veterans and their dependents receiving favourable medical and social security benefits; and businesses being required to make reasonable adjustments to employ persons with disabilities, according to Ms Branson QC.

“We see the justice of these measures, even though they depart from strict equality,” she said.

“We need to be alert to the need for other departures from strict equality in the interests of justice.”

Ms Branson QC said such departures might include compensating women, perhaps through special payments into their superannuation accounts, for their time away from full-time work, as well as targeted mentoring programs for women that would keep them in touch with their workplaces while they are on maternity leave.

Focusing on her second key theme, Ms Branson QC said that as society changes, what constitutes justice will also change.

Ms Branson QC noted how far we have come in terms of equality in the legal profession, but emphasised that the next change has to come in the perceptions around work-life balance.

“We need to learn to value workplace leadership and caring equally, to think that managing a business or practice and managing a household full of other human beings are equally valid and valuable occupations.”

Overall Ms Branson QC is optimistic for the future.

“What we need is significant numbers of men making the case that justice for men requires that they be able to spend time caring for their families without significant cost to their careers and to their long-term financial security,” she said.

“Women will be able to have it all – but only when men can also.”