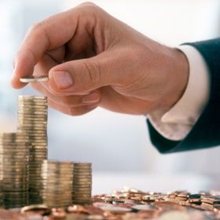 Lawyers in the resources-rich states of WA and Queensland received pay rises greater than their peers in even Sydney and Melbourne, a new national survey reveals.

Lawyers in the resources-rich states of Western Australia and Queensland received pay rises greater than their peers in even Sydney and Melbourne, a new national survey reveals.

Mahlab Recruitmentâ€™s annual survey results of the legal market, released today, reveal Brisbane lawyers on average received an increase of 10 per cent in the past year. Perth lawyers received an increase of 13 per cent. The survey shows that in some cases, Perth salaries are on a par with Sydney salaries. Salary increases in Melbourne and Sydney, meanwhile, only reached between 7-9 per cent.

Mahlabâ€™s Survey 2012: reshaping the Model reports on salary changes and trends in the past year, covering in-house and private practice lawyers nationally.

The report shows that n Brisbane and Perth, demand is outstripping supply for quality junior to intermediate lawyers with general commercial law background, particularly those with energy and resources, projects, construction, and infrastructure backgrounds.

Increased work and investment in and from countries in Asia, India, the Middle East and Russia as well as sovereign funds have broadened the scope of work and clients for many firms and corporate lawyers, the survey shows.

This has created in-house opportunities for lawyers particularly in the mining and resources sector which has continued to generate work for lawyers predominantly in Western Australia and Queensland.

But as demand increases, so do salaries. The shortage of quality lawyers with relevant experience in Brisbane and Perth has resulted in upward pressure on salaries, according to the report.

Energy and resources companies, engineering and construction and infrastructure organisations are paying at the top end of the market to secure quality candidates.

While most law firms report low turnover and limited growth in 2012, with 38 per cent of firms reporting no change in their head count, Perth and Brisbane are a different story.

The majority of growth has been in Perth and Brisbane and this trend is likely to continue due to the major firms having comparatively small offices in these busy markets.