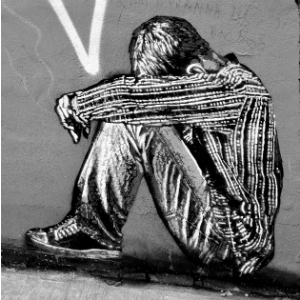 A number of legal organisations have called for immediate intervention in the wake of revelations that children caught in the Northern Territory’s juvenile justice system have suffered “horrific” abuse in detention.

This week, ABC’s Four Corners program exposed instances of physical violence and verbal abuse against young prisoners held in Don Dale Youth Detention Centre in the NT. The mistreatment and oppressive conditions are reported to have occurred over a number of years and have been described as amounting to torture.

The video evidence has been denounced by the Law Council of Australia (LCA), the Law Society Northern Territory, the Australian Bar Association (ABA) and the Australian Lawyers Alliance (ALA). All are pushing for the government to commit to a number of short and long-term responses to the abuse of minors in juvenile detention.

On Tuesday morning, Prime Minister Malcolm Turnbull announced a royal commission will be established to investigate the systemic abuse that has emerged. The legal bodies welcomed news of the joint federal-territory inquiry, but called for the immediate closure of the Don Dale facility as a matter of urgency. Later that day, NT Chief Minister Adam Giles announced he would take over the corrections portfolio and was committed to building a new facility for the detention of youth offenders.

LCA director Arthur Moses SC said he believed the NT government should have closed the centre years ago.

“Don Dale Youth Detention Centre should have been shut down when the Children’s Commissioner’s report was first handed down [in August 2015], and it must be immediately shut down now,” Mr Moses said.

The Don Dale centre is no stranger to controversy. In June last year the Law Society of the Northern Territory made an urgent plea for a purpose-built juvenile detention centre to replace Don Dale’s inadequate facilities.

The LCA expressed its own concerns about the facility last October, when it came to light that detained children were subject to the use of hoods, handcuffs and tear-gas when dealt with by corrections staff. Details of “inhumane management” emerged in the Vita Report, which reviewed the conduct of the facility’s behaviour management unit in 2014, the LCA said.

The recent ABC footage also showed children at the centre had been subject to “disturbing” conditions: placed in solitary confinement, without running water and in hot, dark cells.

“It has also long been recognised that it is unacceptable for children to be kept in solitary confinement, let alone stripped by people purporting to act in the name of a government agency,” Mr Moses said.

Tass Liveris, president of the Law Society NT, agreed. He pointed to a number of Children’s Commissioners who have successively recommended Don Dale be closed and slammed the NT government for its failure to properly address the issue.

“Despite the alarming escalation of juvenile imprisonment rates, especially in the Indigenous community, the government has only ever responded in an ad hoc, band-aid way that has now been shown to have comprehensively failed the community,” Mr Liveris said.

Some of the more distressing scenes that went to air included footage of guards stripping a teenage boy naked and, in a separate incident, the same victim being lifted in a choke-hold and hurled across a room.

ABA president Patrick O’Sullivan QC said a blind eye could no longer be turned to the “horrific” and “alarming” conditions suffered by children at the centre.

Calling for the immediate suspension of control tactics such as solitary confinement, spit-hoods and mechanical restraints, Mr O’Sullivan said moves to build a new facility for juveniles, staffed by appropriately trained personnel, were an important start.

“The emphasis on youth detention should be on the rehabilitation of young offenders and the prevention of youth coming into the justice system, not the detention and maltreatment of young people,” Mr O’Sullivan said.

“There needs to be investment into prison diversionary programs, meaningful rehabilitation and social welfare. Without it, these children have no chance of realising a fulfilling and meaningful future,” he said.

The ALA described the treatment of young offenders at Don Dale as an international scandal that involved the “grave deprivation of basic human rights”. ALA spokesperson Greg Barns suggested the exposé should prompt a nationwide review of the detention of children.

“This footage is wake-up call for Australia. All places where children are detained should be investigated by the royal commission. There is no reason to believe that, just because the ABC managed to get footage from one detention facility, the same problem is not being replicated wherever children are denied their freedom,” Mr Barns said.

The royal commission into the NT’s juvenile justice system, which was announced on Tuesday, has received bipartisan support.

The ALC, Law Society NT, ABA and ALA urged for the royal commission to adopt a broad, comprehensive approach. The groups highlighted the need to identify the cultural and systemic faults that have led to abuse of young offenders as critical.

Mr Barns, speaking on behalf of the ALA, underscored the need for the NT’s sentencing regime to be examined. He also said the commission was an opportunity to beef up Australia's human rights laws.

“Sentencing practices must be reviewed to ensure that international human rights obligations are met now, not after a royal commission has taken the time to investigate and report,” Mr Barns added.

Over-representation of Indigenous children among the young offenders put into detention was also flagged by all groups as an issue the royal commission must put into sharp focus. In the NT, 98 per cent of youth detainees are Indigenous.

Last Updated: 26 July 2016 Published: 27 July 2016
The Women in Law Awards is the benchmark for excellence, recognising the empowering women influencing the Australian legal profession, celebrating the female leaders, role models and future champions of the industry. Register for the waitlist today for the opportunity to attend this remarkable awards ceremony and network with top legal professionals and fellow peers.
Visit womeninlaw.com.au