In-house and outside counsel relationship to evolve 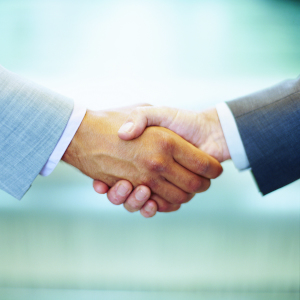 A new report has examined how in-house teams can improve their relationships with law firms and reap significant rewards as a result.

Legal software company Mitratech’s latest white paper, Value and vulnerability: a guide to better relationships with outside counsel, has highlighted how some in-house teams are choosing to seek a more business-friendly approach with firms, to properly manage risk and increase value.

“In past years, legal departments were viewed as a cost centre – the cost of doing business. In turn, legal departments had large budgets to be spent with outside counsel, who were tasked with protecting the company,” the white paper said.

“Today, however, legal departments serve an increasingly important business purpose of managing risk and, in turn, seek a more business-friendly approach with outside counsel.”

The white paper examined the implications of a value-based approach and how new innovations in technology are breaking down the barriers of communication in the legal ecosystem.

The white paper was divided into three key points, the first being, “What must a legal department consider when thinking about value?”.

“In its most basic form, value is a measure of worth – both objectively and subjectively. For example, it could be said that an attorney’s time is valued at an average of $490/hour. That is objective measurement that is calculable, comparably, and sets the standard for hourly billing,” the white paper said.

“However, it can also be said differently: the value of legal work is determined by the business' needs at any given time. This is subjective, it is not easily calculable and this is the type of value legal departments are seeking – in lieu of the objective hourly value.

“Ultimately, a value-based approach depends on legal departments having the ability and willingness to establish transparent lines of communication with outside counsel and for both sides to depart from the status quo.”

“Poor communication between legal departments and law firms exacerbates the potential for problems in a value-based relationship,” it said.

“Billing arrangements are becoming more complicated and, in the absence of effective communication, are prone to result in a winner and a loser, as opposed to a win-win situation.

“Effective communication begins with understanding the various roles within legal departments and law firms, and how to leverage those roles in order to create a broad strategy that benefits both sides.”

The white paper noted that an effective way to achieve this is for both parties to introduce value-focused initiatives.

“In today’s current climate, that means working together across the so-called divide,” it said.

“For example, rather than assuming the billing partner is communicating the client’s values to the law firm’s stakeholders, legal operations may be best positioned to have the value discussion directly with the law firm’s pricing director.

“The more understanding a pricing director has regarding a legal department’s long-term goals and strategies, the better the law firm will be able to provide a value-based pricing scheme. Of course, such direct communication also empowers the pricing director to help enforce the client’s policies.”

The third and final key point of the white paper emphasised the importance of measuring value between both parties.

“Value can be an amorphous concept, but it is always a shared vision. In order to work towards the same goal, legal departments and law firms should collaborate on a set of metrics that can be measured and tracked jointly,” the white paper said.

“Imagine a GPS system that provided a starting point and an ending point, but nothing in between. Guidance was given at the beginning of your trip relative to your destination at the time, but was never updated during the journey. How would you ever know if you have made a wrong turn or taken an inadvertent detour?

“Having access to the right data at the right time is important when determining metrics … It also mitigates potential confusion later, once everyone has long forgotten what actually took place.”

In-house and outside counsel relationship to evolve