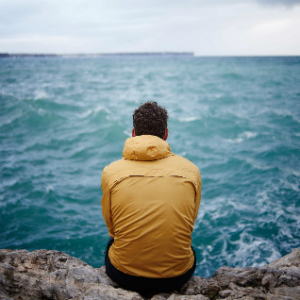 Australia’s legal bodies have called for a review of the legal framework guiding the offshore detention of asylum seekers, with some pushing for prosecution of the perpetrators of the alleged abuse.

The light shed on Australia’s treatment of asylum seekers has taken on new intensity following the release of a cache of 2,000 documents by The Guardian last week. The leaked reports contain a slew of allegations of abuse, self-harm and threatening behaviour from within Australia’s Nauru detention centre from 2013 to 2015.

Legal bodies have responded by reiterating calls for Australia to adopt a more transparent regime. Groups are also pushing the need for asylum seeker policy to be based on a legal framework compliant with international obligations.

Mr Clark urged government action to ensure confidence in the safety and integrity of border protection, as well as meeting its duty of care under the international human rights and refugee conventions.

“Making these key appointments could limit the risk of future harm to asylum seekers held in detention without undermining Australia’s border protection policies.

“The Law Council has consistently stated that Australia retains responsibility for the health and safety of asylum seekers transferred to other countries for offshore processing and assessment under the Convention Relating to the Status of Refugees. This responsibility derives from the Commonwealth’s common law duty of care and obligations arising under international law,” Mr Clark said.

Authored by detention centre staff and dubbed ‘the Nauru files’, the collection of 2,000 documents paints a picture of a group of hopeless, at-risk people.

Grave concerns have been expressed for the safety and wellbeing of children, in particular, in the wake of the exposé. A number of the incident reports relate to claims of sexual abuse against children. Although they make up only a fifth of the island’s asylum seeker population, more than half of the Nauru files concern children.

Mr Clark described the alleged incidents as “disturbing” and indicated that the immediate priority of the LCA's proposed independent inspector must be to examine the reports.

A separate independent specialist body should also be mandated with review and oversight of Australia’s border protection legislation, he said.

The troubling details of the Nauru files have returned a sharp focus to the allegedly oppressive conditions that children and adults housed in the facility are made to suffer. In response, the Law Council has reiterated its stance on statutory minimum safeguards to ensure compliance of Australian law with international standards, and highlighted the legal limits on detention and the best interests of the child principle.

In Mr Clark’s view, institutional barriers should not deter transparency and the rule of law.

“It is also important that government employees, including contracted medical staff, should have the ability to speak out about such incidents without fear of retribution,” Mr Clark said.

The Australian Lawyers for Human Rights (ALHR) has also come out in criticism of what the group has called a “shroud of secrecy” surrounding the conditions of people in offshore detention. In a statement released by ALHR, it was suggested that measures taken by the government to restrict independent monitors and journalists from accessing the island led to what the Nauru files have shown as an inadequate response to people’s cases.

Calls for the Commonwealth workplace regulator Comcare to investigate and prosecute the “thousands of incident reports … showing the ongoing abuse of children, women and men” were also recently made by the Australian Lawyers Alliance (ALA).

ALA spokesperson and barrister Greg Barns demanded that Comcare authorities immediately scrutinise and lay charges against those who had breached their duty of care. Crimes perpetrated against detainees on Nauru still come under the purview of relevant Australian legislation, he said.

“These files again point to the urgent need for Comcare to investigate and prosecute the Commonwealth and contractors for breaches of the Work Health and Safety Act 2011 (Cth).

“It is important to note that this act applies to Australian activities on Nauru, and it clearly states that workplaces must not only be safe for employees and contractors but any person who is in that workplace. This of course means detainees as well,” Mr Barns said.

He went on to suggest that the authorities could no longer turn a blind eye to the abuse happening on Australia’s watch. While the Nauru files spell disturbing conditions in the Nauru detention centre, few can say the recent details come as a surprise, Mr Barns said.

“It has been known for years now that people are being abused and mistreated in Australia’s offshore detention network. The Australian Human Rights Commission revealed it, Senate inquiries have revealed it and advocacy groups have revealed it.

“It is outrageous that the government continues to ignore such overwhelming evidence,” Mr Barns said.

Last Updated: 17 August 2016 Published: 17 August 2016
The Women in Law Awards is the benchmark for excellence, recognising the empowering women influencing the Australian legal profession, celebrating the female leaders, role models and future champions of the industry. Register for the waitlist today for the opportunity to attend this remarkable awards ceremony and network with top legal professionals and fellow peers.
Visit womeninlaw.com.au