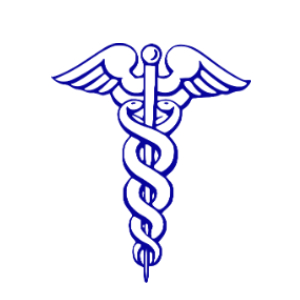 A group of lawyers are calling on the NSW Parliament to pass a bill to reform abortion laws, which they say have hampered women’s access to health services and violated fundamental human rights for too long.

The possibility of legal access to abortion services in NSW has been flagged by Australian Lawyers for Human Rights (ALHR) as an important step in safeguarding women’s rights.

He stressed that for women seeking an abortion, existing laws in NSW did not safeguard the protection of their fundamental rights.

“The current NSW laws are archaic and not reflective of community values or of internationally recognised human rights principles.

“Those who seek abortions should not be treated as criminals and the majority of Australians recognise that our laws need to change to reflect this,” Mr Coyne said.

The ALHR is especially concerned about the harassment of patients attending reproductive health clinics by outspoken ‘anti-choice’ protestors.

Certain fundamental rights relating to privacy, personal autonomy and sexual health are not assured under NSW’s current legislative regime, where abortion is criminalised under sections 82 to 84 of the Crimes Act.

No pregnancy termination services are available on demand in NSW and the legality of the procedure, while allowed, remains ambiguous.

The ALHR is urging NSW MPs to back the Abortion Law Reform (Miscellaneous Acts Amendment) Bill 2016, which would remove the criminality attached to abortion by state legislation. The bill introduces additional provisions to the Summary Offences Act to create a 150-metre safety zone around clinics, and will require doctors refer patients on to another practitioner should they take conscientious issue with pregnancy termination.

If the bill passes, NSW will be the last jurisdiction in Australia to guarantee safe access to the basic health service by removing abortion from the Crimes Act.

Victoria, Tasmania and the ACT have all enacted legislation legalising the medical procedure, and proposals to reform relevant laws in Queensland are presently before Parliament.

“NSW and Queensland are the only remaining states that do not provide for legal abortions. Every other state and territory has passed laws that provide legal access to abortion services,” Mr Coyne said.

Speaking at a panel hosted by ALHR in Sydney this week, health and medical lawyer Catherine Henry offered an overview of the chequered political history of abortion laws. She described the state of affairs in NSW as “fragile” and highlighted that as recently as 10 years ago, the situation was much the same across Australia.

“Decriminalisation legislation [for abortion] has now been passed within the last 10 years in the ACT, Victoria and most recently Tasmania. Until those three states enacted the decriminalisation statutes, there was a crazy patchwork of disparate legislative provisions. Every state had a different form of words and it was entirely unsatisfactory,” Ms Henry said.

“South Australia and Western Australia have much more liberal access provisions,” she said.

Using the example of the availability of the abortion drug mifepristone (RU486), Ms Henry suggested Australia’s performance, compared with other OECD countries, has been abysmal.

“Well before 2012, when RU486 was finally approved by the TGA [Therapeutic Goods Administration], women in North America, the UK, much of Europe, Russia, China, Turkey and New Zealand had already got that sorted,” she said.

Critically, Ms Henry said Australia’s lacking legal protections foster a culture where a very common medical procedure and the many women who rely on these services are cast in a criminal light. Being tainted by the ‘criminality’ of abortion is not only unjust for many Australian women but in direct contravention of their universal human rights, she added.

“There was a period after [1971] of prosecutorial aggression at the direction of the governments of the day and this was finally resolved by a deal struck between police and abortion activists. We’ve had a lengthy period of relative and uneasy stability since.

“The bottom line is that women and doctors, even though rare, they have been charged, and it very much depends on the political will of the government of the time,” Ms Henry said.

The NSW bill's second round parliamentary debate has been scheduled for later this month.