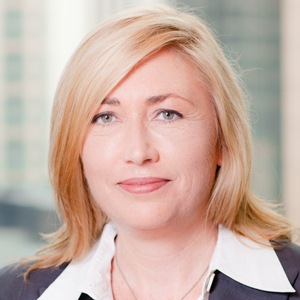 A former Freehills partner who has moved across to TressCox believes the mid tier is “where the action is going to be”.

After beginning her legal career at Freehills and remaining there for 13 years, working across the firm’s Perth, Vietnam, Sydney and Singapore offices, Wookey said she wanted the flexibility to grow her own practice.

“I wanted to use [my] skills in a more unique way; to grow a practice along the style that I wanted,” she said, adding that the mid tier was more suited to accommodate that because it offers more flexibility.

“With all firms in the top tier at the moment, the client base is very settled. There’s a particular kind of work, matter and client that the top tier are focused on.

To some extent in the top tier, a lot of the work is becoming increasing commoditised … Another thing that’s really nice about the mid tier is the pricing flexibility around jobs that actually allows you greater freedom to go after things that you wouldn’t necessarily be able to justify in the top tier.”

Drawing on her exposure to banking and cross-border finance work in the Asian market, Wookey said she wants to develop an Asian investment fund client base, and she believes there is plenty of work out there.

“I saw that there’s so much overseas interest, from Korean property funds to Asian banks in Australia. It’s seen as a really good market,” she said, adding that having been in Asia for some time, she has developed quite a good cultural understanding.

Although Wookey did not comment on whether her decision to depart Freehills was due to the firm being on the lookout for a merger partner, she said that due to “all the top-tier mergers which are happening”, the market is opening up.

“There’s a lot of work that’s going to shake out of the top to the mid tier ... which is a great thing,” said Wookey

“I will be forever grateful to Freehills for my experience, but I think the mid tier is where the action is going to be for a while.”

Wookey’s main areas of practice are corporate, acquisitions, projects and property finance. Her clients have included all of Australia's big four banks, multilateral lenders like International Finance Corporation and Asian Development Bank, offshore lenders and Asian private investment funds.
She will not, however, be bringing any of her former clients across to TressCox.

To date, TressCox has not had much banking and finance expertise, but Wookey said it has a strong base in the area.

“They’re looking now to offer a more full service,” she said. “TressCox has made four very strategic partner appointments in the last six months, and three of them are women, which is nice.”

Wookey said her move had nothing to do with wanting greater work/life balance, as she expects to “work harder than ever” while attempting to grow her own practice.