Home/
News/
Mediation risks being a ‘substandard form of justice’

Mediation risks being a ‘substandard form of justice’ 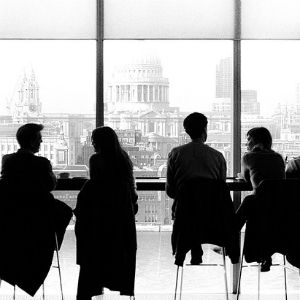 An Adelaide-based mediator has called for systemic reform to accelerate the maturity of the mediation ‘profession’.

Alison Shaw is of the view that the majority of mediators are underemployed and “struggling for the mediation hours” needed to be re-accredited.

Until a genuine effort is made to transform the industry into a dispute resolution profession, the legal mediator believes an apparent service oversupply will persist.

However, Ms Shaw considers the mediation problem in Australia to be more complex than an imbalance in supply and demand.

“The greatest employer of mediators are the courts, tribunals and NGOs like Relationships Australia. These bodies are under-resourced to provide quality service, let alone quality-assured mediation processes.

“This only serves to reinforce that mediation must be a cheap substandard form of justice, which is far from the truth,” Ms Shaw said.

One way forward is to have the courts move away from dispute resolution processes such as conciliation conferences and settlement conferences, Ms Shaw suggested. She said the current climate of under-resourced institutions makes this an attractive step.

“There are sufficient numbers of nationally accredited mediators in the private profession now that courts and judges don’t have to offer various types of dispute resolution services, but use their limited funding and resources to provide the best litigation service possible,” Ms Shaw said.

“It should not be the role or business of courts and judges to parent businesses, companies and adults to make sure they have had every opportunity to explore every other form of dispute resolution before the judges deliver a judgment,” she said.

Pointing to the absence of a unified national approach to mediation, the Adelaide-based mediator said there are also a number of barriers to accessing the services on offer. While there are 3,390 mediators in Australia, according to the Mediator Standards Board, no central directory exists to help find them.

In response, Ms Shaw has set out to build a portal for legal practitioners to access and connect with accredited mediators. She established SHAW Mediation to address what she describes as the “lack of infrastructure” for mediation services.

“I want to help mediators to get more work. My fear is that all the many home office mediators can’t do this individually,” Ms Shaw said.

“I believe we need the infrastructure and like-minded mediators nationally to be noticed, recognised as professional dispute resolvers and more accessible and available to mediate,” she said.

To date, six mediators with legal backgrounds have been recruited to the business. Ms Shaw said she plans to build that team to 20 mediators by the end of the year.

Mediation risks being a ‘substandard form of justice’