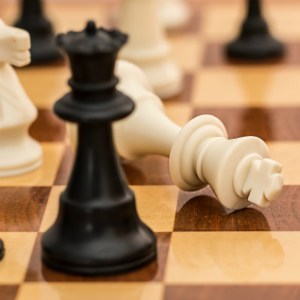 An unfolding paper power play between Australia’s top law officers has surfaced amid evidence presented before a Senate inquiry.

The contrasting views, widely described by observers as an escalating and bitter row, relate to the nuanced dynamic shared by holders of the Commonwealth’s most senior law offices. In question is whether Mr Gleeson had been consulted about the way members of government could gain access to his counsel.

“I was not given an opportunity to comment on the content of the direction,” Mr Gleeson said in his written submission to the inquiry.

Signs of strained dealings between Senator Brandis and Mr Gleeson, who has held the role since 2013, had started to show earlier this year.

In May, ahead of the federal election and just before the dissolution of parliament, Senator Brandis tabled a written direction in the Senate.

By the directive, the solicitor-general was effectively blocked from advising any minster or government department without first obtaining written approval from Senator Brandis, including advice sought by either the prime minister or governor general.

Mr Gleeson said he was not consulted about the change, as spelled out in the legally binding Legal Services Amendment (Solicitor-General Opinions) Direction 2016. According to the solicitor general, he had even gone so far as to have the direction withdrawn in the hope that a proper consultation process could occur.

In his own submissions to the inquiry, Senator Brandis maintained that the Mr Gleeson had been consulted about the direction, pointing to a meeting held in November.

He added that correspondence with Mr Gleeson on 12 November, 2015 admitted insufficient procedures were in place to coordinate his advice to various government departments and agencies, which the direction sought to address.

“[The direction] does nothing to change the effect of the Law Officers Act. It simply establishes a procedure for implementing the reuqirements of that Act in such a way that allows other government agencies and bodies, rather than just the attorney general, to seek the solicitor general’s opinion on a question of law,” Senator Brandis wrote.

He explained that given the solicitor general is required to appear on the government’s behalf for “the most important court matters”, the independent nature of the role garnered wide respect.

He also shared with the inquiry a letter sent to Senator Brandis in November last year. In that letter, Mr Gleeson suggested a false impression had been by the attorney general that the solicitor general’s advice was sought with respect to the government’s plans to revoke the dual citizenship of Australian citizens involved with terrorism

Associate Professor Gabrielle Appleby, a legal academic from the University of New South Wales, was invited to appear before the Senate inquiry and give expert evidence about the relationship between the first and second law officers.

Writing for The Conversation, the academic said that historically, an intentional tension had been built into the dynamic of attorney general and solicitor general.

At the same time, the attorney-general’s department also proceeded with the revision of a guidance note, which legal academics have observed as no longer including the circumstances when a solicitor-general’s advice should be sought.

“Gleeson has denied there was any discussion about a requirement to seek the formal approval of the attorney-general before seeking his advice. In contrast to the direction, the guidance note was not a legal instrument; it was not enforceable in any way,” A/Prof Appleby said.