Home/
News/
Allegations shift focus to darker side of law

Allegations shift focus to darker side of law 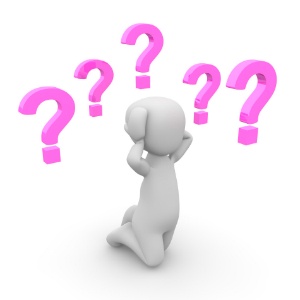 Legal circles have been rocked by explosive media claims that senior lawyers and barristers are among those alleged to have abused their positions of power in a string of sexual harassment allegations.

“I find the legal services industry is amongst the worst we come across in the area of sexual harassment and that's very disappointing,” Mr Harmer said.

Mr Harmer’s comments, aired last week, described the disappointing reality that the problem of sexual harassment is bigger in law than in workplaces elsewhere. He indicated that the situation in law is compounded by hierarchical structures of power within firms and the profession at large. As a result, he said perpetrators continue to make unwanted advances and few victims dare to speak out.

“[The harassment] can happen subtly because you can determine who gets what work, how they are appraised, how they progress in the firm, and that gives you massive power. And if you don't exercise it responsibly, with the females under your care, you can exploit it,” Mr Harmer said.

The 7.30 investigation into law firm culture reported that employees, junior personnel and women in particular, expected to be objectified. The conduct is so normalised, the report suggested, that in some firms staff who observe this conduct are not moved to intervene or assist.

The report focused on the experience of a young woman named Melissa, who told the program of two incidents where she had been groped by senior lawyers while working as a junior secretary with a “respected” law firm.

Melissa was 19 years old and working as a junior secretary at the time that a senior lawyer grabbed and kissed her on a dance floor with other colleagues, she said.

“I ended up in tears that evening. I didn't really know what to do. You would think that would make people more likely to support you, you know, after seeing what had happened and witnessing the interaction, but instead the general sort of attitude around it was that I, like, what did I expect?” Melissa told the ABC.

On a separate social occasion, she said, another senior lawyer reached up into her skirt and groped her leg. Melissa said she was sitting in a lounge room at the time. Eventually she left the law firm, citing feeling powerless and having “no control” of the situation among her reasons.

Some other extreme examples reported include claims of being “dragged into a stairwell and kissed” by a firm partner, and this direction from a barrister to his much younger colleague: “Go to my chambers, take off your clothes and wait for me”.

Another anonymous report to the ABC alleged that a criminal lawyer had been “sexually penetrated without […] consent” by a colleague during a work conference. The lawyer went on to state: “but being a criminal lawyer I knew I wouldn’t get a conviction”.

Employment lawyer Emily Lupo from Maurice Blackburn pointed to the real possibility of recrimination from peers as a reason victims are hesitant to speak out against serious harassment. She stressed that in law, victims may be concerned about the reputational damage that often follows allegations of this kind. She said this has the added effect of worsening a victim’s lot.

“In terms of reporting sexual harassment, I think it's widely unreported.

“Particularly in industries where you're reliant upon your reputation to climb the corporate ladder, a lot of people are fearful that their reputation will suffer or that they will be subject to adverse action from their employer if they are to speak out,” Ms Lupo said.

According to the employment lawyer, even in firms that have implemented the right policies to deal with workplace harassment claims, rarely do victims feel they can safely lodge complaints to a neutral person.

“A lot of practices aren't dealing with it head-on. They don't have policies and procedures, or if they do, employees don't know about it and they don't know who to complain to,” Ms Lupo said.

A study commissioned by the Law Council of Australia in 2013 found that approximately one in four women surveyed had experienced sexual harassment at work. Those working in private practice were more likely to have faced sexual harassment in large and medium-sized firms.

The National Attrition and Re-engagement Study (NARS) Report found that the female barristers surveyed believed they were twice as likely to ever experience sexual harassment at work than those in private practice or in-house lawyers.

Allegations shift focus to darker side of law