Home/
News/
Reprieve for NSW lawyer ordered to be struck off

Reprieve for NSW lawyer ordered to be struck off 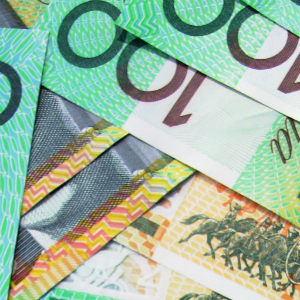 An order to remove solicitor Salvatore Russo’s name from the roll of legal practitioners in NSW has been set aside by the Court of Appeal in favour of a fine.

Veteran lawyer Salvatore Russo will not be struck off, following a decision by the NSW Court of Appeal to set aside an order made by the Civil and Administrative Tribunal earlier this year. Handing down its decision on Tuesday, the court instead imposed a $20,000 fine on the sole practitioner.

“Mr Russo now accepts that there was unsatisfactory conduct on his part and accepts that it amounted to professional misconduct. He has deposed to the procedures now in place at his firm to minimise the risk of any such misconduct in the future,” the judgment read.

Mr Russo came before the tribunal’s occupational division in April when the NSW Legal Services Commissioner applied to have disciplinary action brought against him.

The original complaint against the Arcadia lawyer alleged that some $13,650.35 (plus interests and costs) that a client had paid in fees for counsel was not remitted to barrister James Dupree for work done in 2009. The money was paid by the client to Mr Russo’s general office account.

The barrister brought a claim against both the client and Mr Russo in the Local Court for the money owed in 2012, and a default judgment against the client was made.

Following the default judgment, the client engaged another law firm, which requested that Mr Russo provide copies of all trust account statements showing all payments made on behalf of the client for all relevant matters. After receiving no response from the solicitor for eight days, a complaint was made against Mr Russo to the commissioner.

An investigation followed and in 2013 Mr Russo told the commissioner that all the material requested by his former client had been made available. Mr Russo also denied that the client had paid fees owed to Mr Dupree to his general office account. He was later unable to provide to the commissioner any information or documents relating to the file.

Mr Russo finally conceded to the commissioner that he had failed to pay the barrister’s invoices, where the client had paid those fees to him.

An application for disciplinary action against Mr Russo was lodged in 2014. The tribunal hearing subsequently established that the solicitor’s conduct in these circumstances was “far short of the standard of competence and diligence that a member of the public is entitled to expect of a reasonably competent Australian legal practitioner” and an order was made for his name to be removed from the Supreme Court roll of legal practitioners.

This week the Court of Appeal summarised the tribunal’s view of Mr Russo’s conduct, saying that the “failure to pay counsel’s fees was either intentional or done because he was recklessly indifferent to his obligations and that it amounted to professional misconduct”.

The judgment delivered by the Court of Appeal went on to suggest that although there had been no allegation of dishonesty or misappropriation, “the overall impression from the material before this court […] is that Mr Russo failed to make even the most rudimentary enquiry as to the status of the client’s accounts”.

On appeal, Mr Russo accepted that his conduct had been “entirely unsatisfactory”. However, he was able to successfully argue that it did not justify an order to have his name struck from the roll of practitioners.

Mr Russo told the court that no clear intention was expressed during his tribunal hearing that his name would be removed from the state’s roll of practitioners. He went on to say that the Legal Services Commissioner also “did not press for such an order”.

On that ground, the three-judge panel in the Court of Appeal found that Mr Russo had been denied procedural fairness during his disciplinary action hearing before the tribunal.

In granting the appeal, however, the court said that Mr Russo had acted in a “dismissive way” to both his former client and the commissioner.

"His failure satisfactorily to account to his former client [...] for moneys received in payment of counsel’s fees was exacerbated by the high-handed and dismissive manner in which Mr Russo responded to queries made on behalf of the client," the judgment said.

The panel also acknowledged that the solicitor had taken steps to reform his “persistent mindset” towards certain accounting procedures and had given a number of compelling character references which attested to his abilities, honesty and integrity.

“In all the circumstances, it cannot be concluded by reference to the unfortunate incident involving the client that Mr Russo is not a fit and proper person now to continue in practice as a solicitor,” the judgment read.

“That should not be understood as any condonation of his professional misconduct. He should be publicly reprimanded and a fine should be imposed.”

Mr Russo, who has been practising as a lawyer for 29 years, has received a $20,000 reprimand in lieu of having his name removed from the roll.

"The fine to be imposed must convey to the legal profession and to the community in general that such conduct is unacceptable," the appeal court said.

Reprieve for NSW lawyer ordered to be struck off