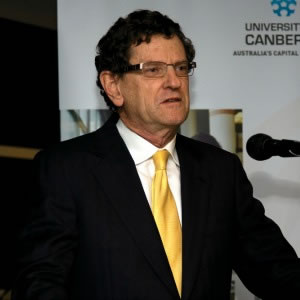 High Court Chief Justice Robert French AC has said that the “international dimension” of Australia’s superior courts means that developments in foreign trade and investment agreements matter to the bench.

Speaking at an event hosted by the European Australian Business Council (EABC) last month, Chief Justice French said his remarks were being made against the background of the US election and the implications of Donald Trump’s win for those in the room.

“It is a stark message to all who engage in global dialogue, whether about trade or the movement of peoples or the harmonisation of laws or the protection of human rights, that ultimately ‘all politics is local’,” CJ French said.

The Chief Justice told the council that developments in free trade agreement negotiations between Australia and the EU “are necessarily of importance to the judicial systems of Australia and of Europe, particularly in relation to the need for mechanisms for the resolution of transnational commercial disputes”.

“One of the objectives of the partnership agreement is the promotion and support for the multilateral rules-based trading system and the consolidation and expansion of our bilateral trade and investment relationship,” CJ French said.

While domestic judges are known to routinely use resources from overseas jurisdictions to help solve problems that come before the courts in Australia, the Chief Justice said that there are some other international influences that touch on important aspects of the courts’ approach to domestic laws.

He referred to the international collaboration at play in the context of transnational disputes, giving the example of an Australian legislative framework in place to promote co-operation between the relevant courts and authorities when a cross-border insolvency matter arises.

“In transnational corporate insolvency, for instance, […] we have agreements with a number of countries for the recognition and enforcement of the judgments of the courts of those countries in Australia,” CJ French said.

He added that certain Australian laws also empower courts to give effect to an award made as part of investor-state dispute settlement processes, such as the application of the UNCITRAL Model Law on International Commercial Arbitration.

The Chief Justice said that Europe, in particular, is the source of a number of instruments that have an effect on Australian commercial law and practice. He offered the International Institute for the Unification of Private Law as a good example of an especially useful European-based organisation.

He pointed to principles the organisation published on international commercial contracts as “having a significant impact on contract law globally”, with relevance to both civil and common law jurisdictions.

“The principles have been said to provide an actual formulation of the norms of the modern lex mercatoria in concrete, black-letter wording.

“They can be used for filling gaps in the law's application to transnational contractual disputes and international uniform law instruments. That is just one among many examples,” CJ French said.