New approach to national debt could hurt ‘most needy’ 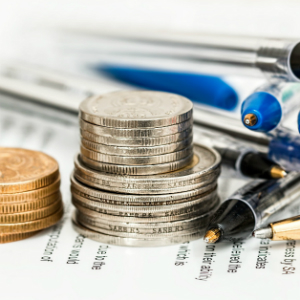 Pinsent Masons has warned that the federal Treasurer’s proposed clarification of ‘good’ and ‘bad’ debt in the upcoming budget could be a mixed blessing.

Pinsent Masons recently made a statement welcoming the federal government’s proposal to change the way it reports on national debt.

However, the firm is concerned about how much preparation will take place to inform the public about ‘good’ and ‘bad’ debt before the release of the 2017-18 federal budget on 9 May.

“Pinsent Masons welcomes any proposed action by the federal government which will result in more funding being available to deliver productivity-enhancing infrastructure in Australia, while simultaneously increasing accountability of Australian public servants and departments for the resulting increase in public debt, and the interest payments that go with it,” said the firm’s Australian head David Rennick.

Mr Rennick said the proposed changes could result in an increased understanding of the benefit of debts that fund productivity-enhancing infrastructure.

This may lead to increased government investment in such infrastructure, for example state-of-the-art rail networks allowing people to live further from major cities but still commute there for work.

“However, there is a real danger that the federal government will not have done enough preparatory explanatory work before the release of the 2017-18 budget on 9 May to clearly, concisely and simply explain to the Australian public, rating agencies and foreign investors the difference between ‘good’ and ‘bad’ debt,” Mr Rennick said.

He flagged that the government could use this opportunity to cast investments in people, such as health, education and social security, as bad debts.

“It could open the door to the politically motivated redirection of focus away from the need for ‘good’ debt and investment towards a perceived government attack on arguably the most needy in Australia,” Mr Rennick said.

“That is, those in the community who rely on government support funded by, in the Treasurer’s terms, ‘bad’ debt.

“The categorisation of the funding for such support as ‘bad’ debt, with its echoes of the results of the abuses by the finance industry leading to the GFC, is not particularly helpful.”

New approach to national debt could hurt ‘most needy’