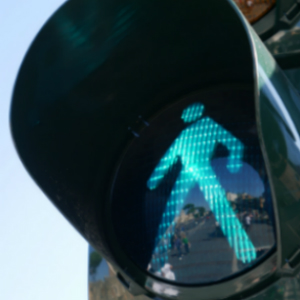 A Queensland law graduate has successfully appealed a decision by the state admissions board that refused to declare him fit to join the profession on the basis of 2008 offences relating to his former work as an escort.

A former male escort, now armed with a law degree, has been given the green light to apply for admission as a solicitor in Queensland.

Going by the name KMB, the first class honours law graduate from Queensland University of Technology (QUT), contested a decision to deny his eligibility for admission.

Last week KMB won his right to apply to become a solicitor after cross examination in the Supreme Court and with the endorsement of a letter from a consultant forensic psychiatrist.

The Supreme Court made its decision despite criminal charges of a sexual nature, which KMB had pleaded guilty to and was convicted for in 2008.

The aspiring lawyer disclosed to the LPAB that nine years ago he had appeared before a Queensland magistrate facing "two counts of unlawful sodomy and to two counts of indecent treatment of a child under 16”.

Queensland’s Legal Practitioner Admissions Board (LPAB) had determined last October that early consideration of KMB's suitability to join the legal profession should be refused, based on this information.

“Section 31(3) provides that the court may consider a person to be a fit and proper person to be admitted to the legal profession despite the existence of a suitability matter, such as the commission of these offences, ‘because of the circumstances relating to the matter’.

“The circumstances, as we have related them, do not, in our view, render the appellant not a fit and proper person to be admitted,” the Supreme Court said in its decision last week.

At the time of the offences, KMB was in his mid-20s and working as an escort who serviced male clients exclusively. Clients would engage KMB’s services through advertisements in the personals section of newspapers, the decision said.

One client, who KMB later learned was 15-years-old when they had engaged in a consensual sexual liaison, made two appointments with the appellant for escort services in 2007.

KMB outlined the circumstances of the encounters with the underage client to both the LPAB and court, telling both bodies that the boy sounded like an adult when they had conversed over the phone.

KMB added that while the client had appeared short in stature for an adult, the boy had explained to the escort that this was on account of a childhood illness which had stunted his growth.

The aspiring lawyer’s brush with the law was brought to bear when the stepfather of the young client discovered text messages on the boy's phone that had been exchanged between the two.

“A few days later police came to the appellant’s house and questioned him. The appellant was cooperative and candid and revealed the truth about his meetings with the boy.

“As a result of these matters, the appellant was charged with the offences of which he was convicted. On 5 November 2008, he appeared before a magistrate, pleaded guilty and was convicted,” the judgment read.

The presiding magistrate in 2008 said she was satisfied that KMB had genuine remorse for his actions and also showed concern for the complainant's welfare.

However, she also added that KMB, who had no prior criminal history, had not inquired about the complainant’s age, despite discussions when they first met about the underage client attending school.

While no conviction was recorded against KMB’s name in 2008, he was sentenced to 240 hours of community service and placed on probation for two years.

The law graduate gave evidence to the Supreme Court that he began working as an escort from the age of 20 because he was “sexually curious and was eager to widen his sexual experience”. Following the criminal proceedings in 2008, KMB left sex work for good.

“It is not contended by the board, nor could it be contended, that these offences demonstrate such an ongoing flaw in the appellant’s character that he could not be considered a fit and proper person to be admitted.

“Rather, the commission of these offences should properly be regarded as aberrant behaviour on the part of an otherwise decent young man,” last week’s Supreme Court judgment read.

The LPAB had based its decision to knock back the law graduate’s application on section 32 of the Legal Profession Act 2007 (Queensland). The state law deals with the question of an aspiring lawyer’s good fame and character based on any prior criminal convictions they may have.

A full bench of the Supreme Court of Queensland reversed that position, finding that the 35-year-old man met the legislative definition of a person of “good fame and character”.

“In our opinion, both in [KMB’s] affidavit evidence and in his oral testimony, he has not sought to minimise the character of the conduct in which he engaged or to forego responsibility for it.

“He has shown a thorough insight into his behaviour in his early 20s and exhibits a mature understanding about the significance to him and to his life of that behaviour."

The court set aside the LPAB decision refusing KMB's application dated 4 October 2016, adding that there was no basis upon which either the conduct which constituted the offences or the fact of his guilt of a criminal offence should affect a judgment that the appellant was a fit and proper person to be admitted to the legal profession.