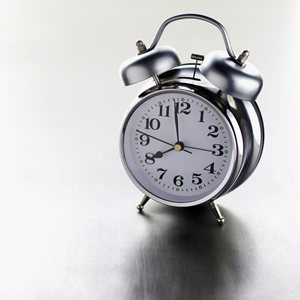 Pricing expert Ron Baker wrapped up his 'Firm of the Future' forums in Australia on Friday during which he addressed Australian legal professionals keen to make the move away from billable hours.

>Pricing expert Ron Baker wrapped up his Firm of the Future forums in Australia on Friday during which he addressed Australian legal professionals keen to make the move away from billable hours.
“Really smart people don’t want to spend their day accounting for every six minutes. Let’s face it, the only time spent that should matter is in prison,” said Baker, speaking to Lawyers Weekly in the lead up to his Australian tour.
The series of one-day forums, held in Sydney, Hobart, Melbourne and Brisbane, were based on two of Baker’s books, The Firm of the Future: A guide for accountants, lawyers and other professional services and Implementing Value Pricing: A radical business model for professional firms.
As a presenter at the forums, the economist and pricing expert challenged the traditional business models of professional services firms, which operate on timesheets and billable hours, spreading his value-pricing message to a host of lawyers, accountants and other professionals.
“I have seen great movement [in Australia],” he said of the progress Australia is making in terms of embracing value pricing. “There are firms [such as] Bowen Buchbinder Vilenksy in Perth which has made tremendous progress in a very short period of time, and there’s Lavan Legal over in Perth as well which is working on it.”
Pointing out that he not only speaks to professional services firms but also corporations about the benefits of value pricing, Baker said he has the same message for firms and their clients.
“I’ve actually spent a lot of time going to clients – big banks or mining companies – talking to them about why law firms can’t give them price certainty,” he said.
“I tell them the same thing I tell law firms. I say, ‘This is a better model for the both of you. It gives you price certainty, it makes sure you never pay for something that’s not valuable and most importantly, it aligns the incentives between the client and the lawyer.
“With the billable hour the incentives are completely out of line. The law firm wants to bill as many hours as possible. The client wants the matter solved in the most effective manner, irrespective of time, whereas the law firm has an incentive to run up the clock.”
According to Baker – a “recovering CPA” – when it comes to actually realising the benefits of value pricing and ditching the billable hour, Australia’s accounting profession is way ahead of the legal profession.
“They’ve done a lot of analysis [and] the lawyers were kind of the laggers, behind the accountants ... I think the accounting profession has made greater strides [in the United States] and I would have to say that’s probably the same here in Australia,” he said.
Noting the mindset of the legal profession that needs to change – and recognising that this may take some time given the nature of the profession – Baker said moving away from the billable hour is a business model change – not just a pricing change.
“I actually believe it’s the timesheet that’s the cancer; the billable hour is the symptom,” he said. “It’s the timesheet that keeps you mired in the mentality that what you sell is time and it’s the timesheet that is the wrong measuring stick for value. It’s the equivalent of plunging a ruler into your oven to determine its temperature. It’s the wrong measuring tool, so if we’re going to move to value [pricing] we’ve got to get rid of thinking about time completely.”
Firms gather to hear pricing message