Home/
News/
An officer and a lawyer

An officer and a lawyer 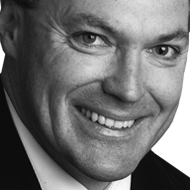 The lawyer representing the ex-general counsel of James Hardie has warned a general counsel’s status as an independent legal adviser could be undermined if they are also deemed to be an officer under the Corporations Act.

Deakin has acted for the former general counsel and company secretary of James Hardie, Peter Shafron, in a long-running litigation battle with the Australian Securities and Investments Commission (ASIC) that reached the High Court in October 2011.

Shafron was one of eight former office holders of the disgraced company that ASIC has attempted to prosecute over breaches of the Corporations Act.

Deakin addressed the topic, Implications of the James Hardie Case for In-House Counsel and Company Secretaries.

As the judgment has been reserved, Deakin concentrated on the potential implications of the decision on the way in-house legal teams would interact with senior board and management, rather than dwelling on the merits or otherwise of his client’s case.

“The matter is sub judice, and all I need to say is that whatever I might say could be overtaken by the High Court itself,” he said. “I am not seeking to influence or prejudice the High Court.  I am just seeking to bring you up to date with the issues before the High Court and to outline the implications the of NSW Court of Appeal decision which is currently the law in this country.

“Unless that is overturned by the High Court, there are some very significant implications of the Court of Appeal decision.”

In 2009, the NSW Supreme Court found that Shafron breached the Corporations Act by failing to advise the board of James Hardie over certain matters at a board meeting in February 2001. Those matters related to the adequacy of funding to be made available for victims of asbestos-related diseases.

In May last year, Shafron was granted leave to appeal that decision to the High Court.

Deakin said the High Court will decide who should be taken to be an “officer” of a company and therefore subject to the statutory duties under the Corporations Act.

“Should a general counsel, when acting in the traditional role as a legal adviser and guardian of legal risk in a corporate context, also be an officer under the Corporations Act?” he said. “Bearing in mind that alleged breaches of duties under the Act can lead to disqualification and fines.”

The NSW Court of Appeal found Shafron was an officer for the purposes of the Act, as he was a participant in making decisions that affected the central business operations of James Hardie.

As a company secretary, Shafron was also an officer under Section 9 of the Act.

“The Court of Appeal found that a person can participate in making a decision even if they are not the ultimate decision maker,” said Deakin. “As a general counsel, [Shafron] submitted that he had no authority to make any decision on behalf of James Hardie. His role, we said, was refined to advising the board. He would be involved in implementing that decision, but he was never involved in making the decision.

“We have sought to argue that the High Court needs to make a clear distinction between those people that contribute to the board’s decision making and those that actually participate in the making of those decisions.”

Deakin said the High Court has the opportunity to clarify the NSW Court of Appeal decision, which he described as being “unclear” with regard to who might be an officer under the Corporations Act.

Frank and fearless legal advice
Deakin said the decision of the High Court will greatly alter the role a general counsel has in the decision-making process of all corporations.

“There are some clear indicators that we need to review the scope of retainers for external lawyers. There will need to be a review of the contracts of employment for general counsel and there may well be implications for how general counsel report into a company.”

Deakin believes the judgment has the potential to significantly alter the status of lawyers within corporations.

“It could well undermine a claim for legal professional privilege over advice a general counsel might put forward,” he said. “Their status as an officer might undermine their independence as a legal advisor and also their purpose in giving that advice. It might have implications on when a general counsel can act or provide advice or guidance to the board, and what attaches to that advice.”

In addition to Shafron’s matter, the High Court will also hand down its judgment on an appeal by ASIC over a decision in late 2010 of the NSW Court of Appeal that overturned a previous judgment banning seven former non-executive directors of James Hardie from sitting on boards for five years. Separate $30,000 fines against the seven non-executive directors were also set aside.

The ASIC appeal and Shafron’s appeal to the High Court were held concurrently.

A host of law firms were involved, with Brigitte Markovic, the head of litigation and dispute resolution at Clayton Utz, acting for ASIC.

Atanaskovic Hartnell provided legal counsel to four of the non-executive directors, including Meredith Hellicar, the chairman of James Hardie between 2004 and 2007, Michael Brown, Mike Gilfillan and Martin Koffel.

An officer and a lawyer