Home/
Politics/
‘I’m a problem-solver and a persuader’: McLeod

‘I’m a problem-solver and a persuader’: McLeod 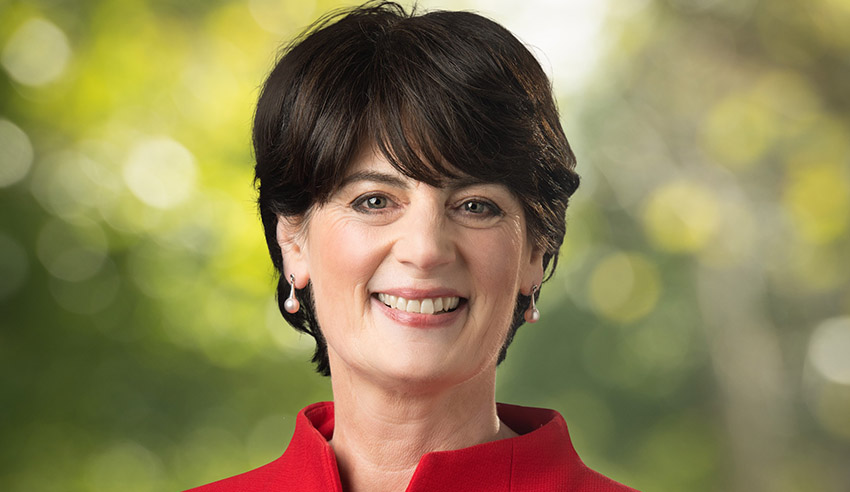 Speaking from the campaign trail in the Victorian electorate of Higgins, Fiona McLeod SC told Lawyers Weekly how her career at the bar has positioned her for public office.

Higgins – a federal division in Melbourne’s south-east – bears the name of Henry Bournes Higgins KC, a former Victorian barrister who went on to sit on the High Court of Australia from 1906 until his death. He was best known, Ms McLeod explained, for writing the decision in the Harvester case, concerning livable wages.

“It set the standard for what constituted a living wage in this country, and in the last century, that has influenced our thinking about what is required to live in our industrial relations landscape and made its way through as a concept of our Fair Work Act,” she said.

“Bob Hawke said it was impossible to overstate the importance of that judgment and its author. So, this electorate has a connection to the Victorian Bar”, making it the perfect division for Ms McLeod to push her case for a seat in parliament.

Having worked as a barrister “for nearly 30 years”, as well as being a former president of the Law Council of Australia, she said it is “the responsibility of those who can give back, to give back”.

“Once you meet people and hear their stories firsthand, you can’t unlearn them.”

It is that knowledge and experience from the bar that makes such legal practitioners well-placed for life in parliament, Ms McLeod posited.

“The thing that barristers are best able to do is dissect an argument and focus on what is really important. It’s a forensic skill, to look and say what is really the critical issue that the listener – the judge or jury – needs to hear to help them come to the right decision,” she said.

“It’s not a matter of rebuking the listener or giving them a barrage and getting aggressive in court, it’s about packaging up information in a way that persuades people and lets them do what it is that they want to do, according to law.”

Ms McLeod herself is a “problem-solver, first and foremost, and a persuader”, she submitted, two legal skills she noted will be “critical” to her role if she is elected to the House of Representatives.

“Scott Morrison says his government stands for a fair go for those who have a go. You only have to listen to that once to know that he is deliberately excluding a lot of people who have been left behind. And these are hundreds of thousands, if not millions, of people, like those whom I’ve met through my work as a barrister who are not so lucky,” she said.

“I met an elderly Aboriginal man from Darwin who was removed from his family as a child, as a member of the Stolen Generation. He was abused as a boy in state care, hadn’t lived a life he was especially proud of, and he told his story of abuse for the first time in his life to the Royal Commission into Institutional Responses to Child Sexual Abuse.”

“Another example is a young girl, trafficked into Australia and put into a brothel at the age of 13, she was then deported home 10 days later, after being sexually abused 100 times before she was tracked down by an ex-AFP officer, and I acted for her in the first claim for compensation for a victim of sex trafficking in Australia.”

Such stories from the Bar “stay with you”, she reflected, and they “imprint on you in a way that you can and should be a champion for them”.

The second half of Lawyers Weekly’s conversation with Ms McLeod will be published next week.

‘I’m a problem-solver and a persuader’: McLeod