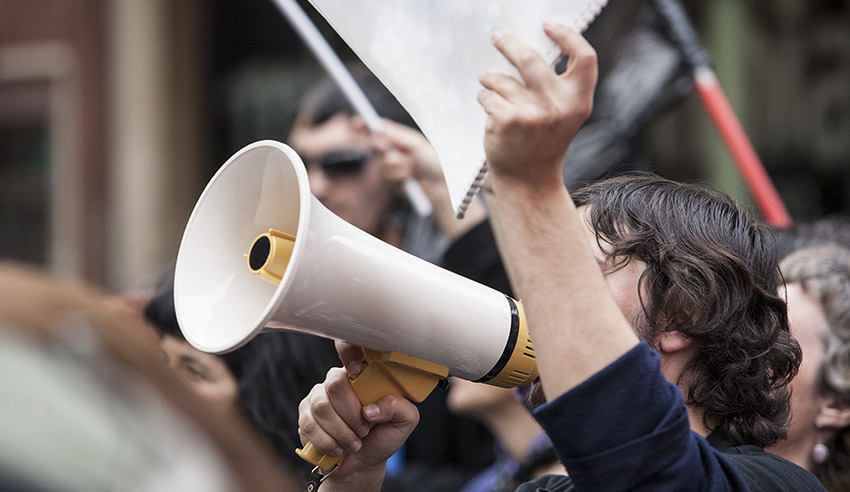 Following the proposal of a new anti-protest law in Tasmania, a number of legal groups have voiced concerns – calling the bill “unnecessary and undemocratic”.

Tasmanian and national civil society groups are calling on the Rockliff government to halt the introduction of an alarming new anti-protest law, currently before the Tasmanian Parliament.

Eloise Carr, Tasmania director at The Australia Institute, said that this would be the Tasmanian government’s fourth attempt to restrict citizens’ right to peaceful advocacy after previous attempts were struck down by the High Court and rejected by the Tasmanian Parliament.

“The bill creates disproportionate penalties, more than tripling the existing penalty for public annoyance and penalising trespass with the same penalty as for aggravated assault.”

“This draft law is unnecessary and undemocratic,” he said.

“Any law that threatens to chill the fundamental democratic freedom to protest must be necessary, proportionate and subject to sufficient safeguards and oversight. The proposed law does not meet these criteria and should not become law.”

Nala Mansell from the Tasmanian Aboriginal Centre added that the right to protest has been “critical” for her community.

“Public protest is critical to the advances made by the Aboriginal community in the last half century. Without public protest there would have been no Royal Commission into Aboriginal Deaths in Custody and no reforms to Tasmanian law to remove discriminatory provisions,” she said.

“As a community without easy access to public media, public protest is one of our very few avenues for seeking law reform to protect the interest of our community.”

Adrienne Picone, chief executive at the Tasmanian Council of Social Service, added that it continues to be important for marginalised communities to be able to have a voice.

“Protests and demonstrations are important ways for people who are excluded and marginalised to have their voices heard in public debate,” she said.

“We are concerned the bill could discourage people from engaging in peaceful, legitimate protest out of fear or confusion about whether the activity is lawful.”